Maurizio Sarri has opened up about how he submerges himself in his work every day, allowing very few distractions as he bids to lead Chelsea to silverware as manager.

The Italian joined the Blues from Serie A side Napoli after Antonio Conte was sacked in July 2018, having guided his Napoli side to a runners up finish in the league – second only to Juventus.

Now, he is making a very good first impression in his debut Premier League season, having made a solid start to the campaign. Sarri has revealed, speaking with Corriere dello Sport via the Evening Standard, how he approaches games, claiming he locks himself away from any distractions to work for ten hours a day before saving an extra two hours to watch football for himself.

He said: “My working day usually lasts from 9am to 7pm, then two hours of viewing time for myself. It’s like a religion. I got a house…in Effingham, so they lock me up in my hermitic seal and if they knock, I don’t answer the door. I am immersed in my world. 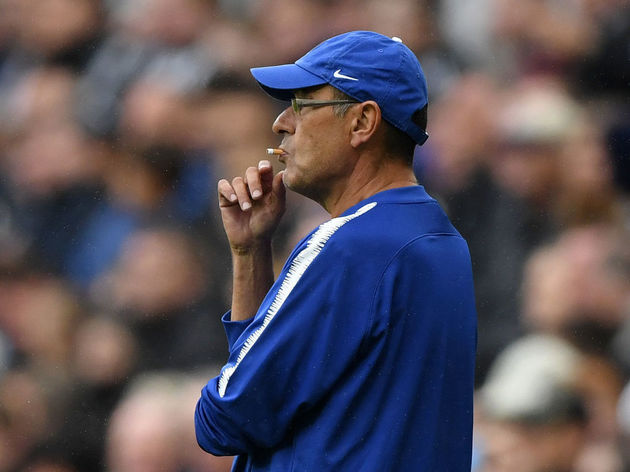 “I achieved this almost at the age of 60. I don’t need to thank anyone other than those who cared for me, supported me and understood me, but not those who tried to exploit me. I spent my time in Serie C, that’s a league that grinds you down and spits you out.”

Chelsea have taken 20 points from a possible 24 points so far and have yet to lose any of their opening eight games of the season having won six and drawn two, sitting second to Manchester City only by goal difference.

In particular, Eden Hazard has made a lightning quick start to the season, having scored seven goals in eight Premier League appearances so far.