BATE Borisov at home on a Thursday night. What dreams are made of. Seriously.

At least it is when an estranged player lays all his demons to rest with a seminal performance, earning the right to strap the match ball in next to him on his ride home. Clearly, it’s been a tough return to Stamford Bridge for Ruben Loftus-Cheek.

We all know the story. The ascent at Crystal Palace, the storied sojourn in Russia as part of England’s World Cup squad, the week-early return to pre-season and the subsequent stymieing – because it’s been thrust into full focus with every exulted touch of ?Ross Barkley or Mateo Kovacic. But on Thursday night, yes against BATE Borisov, the 22-year-old leapfrogged the combined total of those two’s goalscoring tally with a memorable hat-trick, which I’ll relay to you – because no one actually watches the Europa League.

The opener was *ridiculous player comparison incoming* reminiscent of Frank Lampard in his pomp – the right place right time run, the expert guarding of that penalty spot space and the crisply emphatic finish.

The second was an even more dexterous piece of skill, as the midfielder held off his (way too literal) touch-tight marker to culturally tap it in with his outstretched right foot – and just before Olivier Giroud was going to do the same, which obviously makes it even better.

The third was a move he started with a trademark burst from his own half, and five seconds later he retrieved it on the edge of the area via a defensive tackle on Pedro, where upon he nestled it in the bottom right corner with the consummate ease of someone expecting to register a treble. 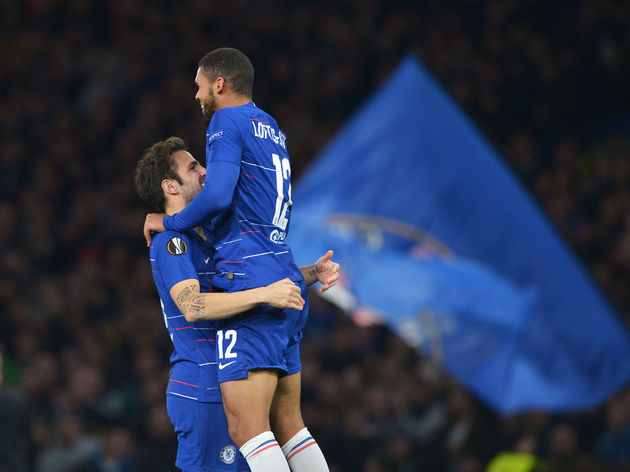 But it wasn’t just the goals, it was the perpetual impetus he provided to every attack, surging forward at any opportunity he got – harking back to those youth game goals he would score having scaled the entire pitch.

Look, of course the opposition were porous, over-ripe for the taking, but someone had to take them. And on a night where four World Cup winners were on the pitch, it was ?Loftus-Cheek who took on that mantle.

In the post-game discussion, his comparatively ineffectual defensive performance was highlighted, particularly by his manager. It’s no secret that, while ‘Sarriball’ has been an unequivocal hit going forward, the drawbacks have come in the defensive phase.

In this respect, all of ?Chelsea’s midfielder’s need to improve, as Maurizio Sarri expounded on after the match. After the customary lyrical waxing over a hat-trick scorer, the Italian got to his off-ball concerns, proclaiming: “…It’s not only Loftus. At the moment we have four midfielders for two positions, three of them with the same characteristics.

At this point, it is now up to a mix of hard work and footballing acumen to see who can take these defensive responsibilities on. Loftus-Cheek’s sheer athleticism and strength make him as good a candidate as any.

But, crucially, the 3-1 victory showed a quality in his armory that may ultimately catapult him into the hallowed eleven – finding the net. The Blues’ strikeforce struggles have been well documented, and with teams now fully focused on thwarting ?Eden Hazard, the club are in desperate need of another line of goalscoring enquiry.

There were numerous occasions on Saturday where the Belgian, flanked by at least three Manchester United players, laid off to a midfielder in a good position – who couldn’t/wouldn’t pull the trigger. N’Golo Kante’s long range effort was pretty much the only exception.

If Thursday night is anything to go by, Loftus-Cheek wouldn’t be so hesitant.