?After romping to victory in their Europa League clash against BATE in midweek, Chelsea will be looking to maintain their unbeaten start to the season as they travel to Turf Moor to face Burnley on Sunday.

Meanwhile, the hosts will be looking to bounce back from the 5-0 demolition they received from current league leaders Manchester City last weekend. A win for Chelsea would see them go top of the table if both City and Liverpool drop points.

This fixture, on the opening weekend of last season, was without doubt the most entertaining and controversial between the two sides since Burnley’s most recent return to the Premier League in 2014. ?Burnley secured their first league win at Stamford Bridge since 1971 thanks to three first half goals. Chelsea did fight their way back into the contest, but they could not salvage a point after red cards to Gary Cahill and Cesc Fabregas saw them finish the game with nine men.

After Thursday night’s victory in the Europa League, ?Chelsea manager Maurizio Sarri revealed that star man ?Eden Hazard is doubtful for Sunday’s game with a back injury.

If Hazard is not fit to play, Chelsea’s success will largely depend upon Jorginho’s ability to pull the strings from midfield up against Steven Defour. The aforementioned Hazard faces a race to recover from a back problem, which could hand ??Ruben Loftus-Cheek a start after his hat-trick in midweek. Chelsea have no other fresh injury concerns. 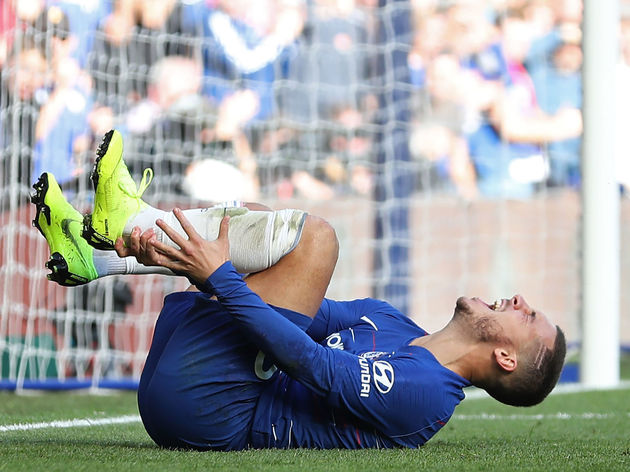 Nick Pope and Stephen Ward are still sidelined but Burnley will be hoping Ben Gibson and full-back Robbie Brady are available, although both players are unlikely to recover in time for Sunday.

Burnley will fancy their chances at home to a Chelsea side who are in fantastic form, but may not be at their best after playing on Thursday night. The Blues must make sure they rid themselves of any complacency before Sunday lunchtime, otherwise they could feel the symptoms of a nasty European hangover.

Despite a crowded fixture schedule, Chelsea have really caught the eye under Sarri so far this season and, as a result, should be able to continue their unbeaten run in 2018/19.