Chelsea powered to a 4-0 win against Burnley in the Premier League on Sunday, as the Blues outclassed their opponents to keep pace with their rivals in the title race.

After a bright start from the hosts, Chelsea took the lead in the 21st minute as Álvaro Morata stabbed home an incisive finish after a precision through ball from Ross Barkley. The Blues doubled their lead midway through second half, as Barkley rifled home a powerful drive to send the away fans into raptures. 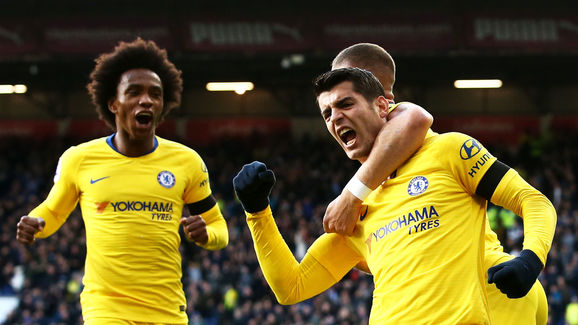 Willian made it three soon after with a precisely curled effort, and Maurizio Sarri’s side surged into an unassailable lead. Ruben Loftus-Cheek put the icing on the cake in injury time, as the England international bundled home from close range. The ?Blues cruised to victory, with Sean Dyche’s side unable to handle their opponents’ attacking flair.

?Burnley’s once rock solid defence seemed a distant memory against Chelsea, as the visitors tore their backline to shreds with a potent display of attacking flair. Sean Dyche’s side seemed bereft of the grit and determination that characterised their play last season, with their side appearing to lose all belief after conceding the first goal. 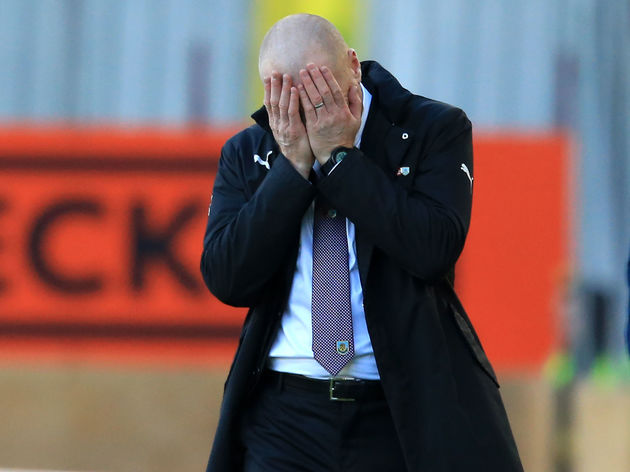 The Clarets admittedly played some attractive football at times, with Steven Defour and Jack Cork both showcasing their impressive passing range. However, Burnley’s inability to deal with Chelsea’s pace and creativity proved their downfall, and the Lancashire side will need to up their game if they’re to avoid being sucked into a relegation battle. Joe Hart’s renaissance at Burnley continued against Chelsea, as the former ?Manchester City man impressed with a series of acrobatic saves. The 31-year-old became the butt of many a joke during his abysmal spell with West Ham last season, but Hart has started the new campaign in exceptional form, and rolled back the years once again against the Blues.

While he was unable to pick up a clean sheet and let in a hatful of goals Hart made some impressive stops, including an instinctive reaction save against Morata. It would be unfair to criticise Hart for his performance, as without his efforts it could have been a cricket score.

Here’s how the stopper’s performance went down on social media:

Joe Hart has been their best player, and they’ve still lost 4-0.

Joe Hart, such a gent! Had a good game with some brilliant saves but still on the losing side conceding 4. But at the end he goes and speaks to all the Chelsea players and some nice words to his fellow Englishman Barkley. #CFC

Joe Hart has been very good today to be fair. Could EASILY be 6 or 7 nil here. We’ve looked world class today.

The microphone positioned behind Joe Hart’s goal picked up a dazzling variety of blue language during the match, much of it presumably aimed at left-back Matthew Lowton, whose sluggish display saw the Burnley defence crumble under pressure. Willian ran riot down the left wing, and Lowton simply didn’t have the legs to keep up with him.

Chelsea continued their impressive start to the campaign, with ‘Sarriball’ well and truly in motion. Having spent time drilling his team to play the attractive, flowing style of football, the former Napoli manager’s efforts appear to be paying dividends. The likes of Willian and ?Barkley were given free reign to create, as Jorginho and Kanté ran the game from midfield.

The Blues have looked strong away from home this season, with their mesmerising play consistently outfoxing their opponents. There are tougher tests to come for Sarri’s side, but their classy showing against the Clarets once again highlighted them as worthy title contenders capable of challenging the likes of ?Liverpool and Manchester City. Some pundits questioned whether Maurizio Sarri had in effect negated the need for N’Golo Kanté when he brought in Jorginho – who has become the beating heart of Chelsea’s midfield. However, the former PFA Player of the Year proved himself to still be the Blues’ most important player against the Clarets, with a typically energetic performance.

Harrying opposition players and winning back possession relentlessly, Kanté provided the leg work necessary for his teammates’ creativity to flourish.

Here’s how his performance went down on social media:

Kante is one of the best players I have ever seen wear our shirt.

Kante has been VERY good today, hes been involved in all the attacks and made those pre assists. Top player

Kante has been quietly good so far today. Passing has been excellent, finding himself in good space.

While Chelsea look a well-drilled unit, David Luiz continues to appear uncomfortable playing in a central defensive partnership as oppose to a back three. The Brazilian constantly looked on the brink of making a costly error, and made a series of needless fouls on Sam Vokes. The Blues were fortunate to pick up a clean sheet given Luiz’s error-strewn performance.

Burnley will look to bounce back next weekend when they travel to the London Stadium to face West Ham United. The Hammers are beginning to find their stride under new boss Manuel Pellegrini, and Dyche’s side will need to have their wits about them to avoid another poor result.

Chelsea’s title challenge will continue against Crystal Palace at Stamford Bridge next Sunday, and the Blues will be confident of claiming another three points. The plucky Eagles will be full of confidence after their 2-2 draw with Unai Emery’s resurgent Arsenal on Sunday, but Sarri’s side will be expected to dispatch their fellow Londoners with relative ease.