?Former Chelsea and Germany star Michael Ballack has backed his former club to be title contenders this season under Maurizio Sarri, while choosing three of his former Blues teammates among his five ultimate penalty takers.

Ballack, who spoke exclusively to 90min in conjunction with Enterprise, spent four seasons with Chelsea between 2006 and 2010 making over 150 appearances in all competitions. He won all the domestic trophies in his stint in England, including being a part of Carlo Ancelotti heralded 2009/10 side which scored 103 league goals on the way to the double.

On his old club, who remain unbeaten 11 games into the ?Premier League season, Ballack is optimistic about their chances, insisting ‘things are good’ again at the Bridge. 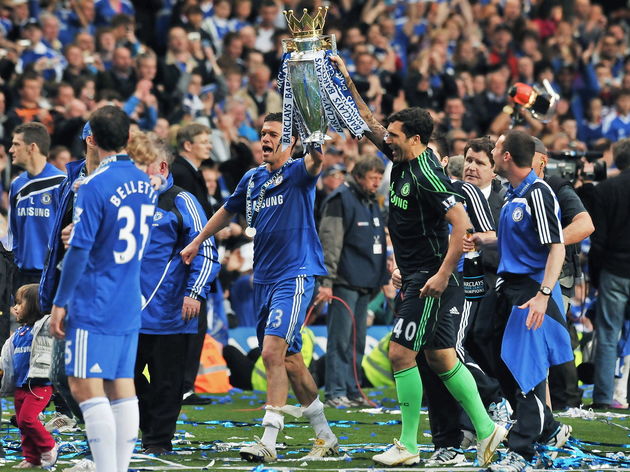 “Of course,” he said when asked if the Blues can win the league title this season.

“There are strong opponents. It’s not just ?Chelsea and ?Man Utd, as it was five to ten years ago. Now there are four, five, six teams that are all able and want to win the league, so that makes it more complicated.

“You need a big squad, a philosophy, belief but Chelsea have shown recently that they can win it, so why not again? Why not this season?

“I see the quality, I see the atmosphere around the club is calm it’s quiet. Things are good.”

Ballack has also been impressed with one of Chelsea’s young stars in ?Ruben Loftus-Cheek. Recently compared to the former Germany star by ex-England boss Roy Hodgson among others, the 22-year-old midfielder has found game time limited under Sarri this season, despite impressing when he has played. Ballack heralded the Bundesliga as a great proving ground for young players like Jadon Sancho and Reiss Nelson looking for top level experience. However, he claimed that Loftus-Cheek needs to move just yet and is ‘very close’ to making the all important next step and breaking what has been a glass ceiling for academy players at Stamford Bridge.

“You don’t have to move to another club,” Ballack insists.

“He is a very physical player and a very strong player. He has the personality. It’s important for him to get on the pitch to get time and make the next step now.” “He was invited to the World Cup with the national team and has been called one of the best young players in England not only Chelsea… Forget all that now. You need to make the next step, which means having a place in the starting XI.”

Ballack, a penalty specialist in his playing days, also kept a Chelsea theme when asked for a hypothetical five-man list of the best spot kick takers he played with in his career.

“Oh my God! Who I played with?” he asks when posed the question, before immediately picking himself to avoid all doubt over the first kick of the shootout.

“I would take the first one [laughs]. You want to have a good start you know!”

Three more ex-Chelsea stars get selected by the former Germany captain, who – somewhat surprisingly given their penalty record – opts not to go for any of his former international teammates.

He continues: “Lamps [Frank Lampard]. Let me go back. [Didier] Drogba. I have to think a bit here. I don’t want to do a Chelsea squad. You know Roy Makaay? From Bayern. And one more… [Salomon] Kalou!”