The 22-year-old believes he will be staying put at Chelsea for the time-being though, despite his desire to play more regularly. 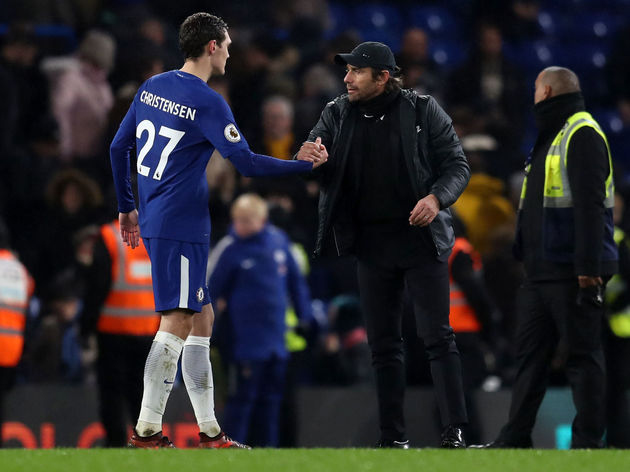 Sky Sports News when asked if a January exit is on the cards.

“Things are different from last season. I played a lot of games but this season it hasn’t been like that. It’s always difficult for a player but we’ll see what happens.”

Last month, the Dane’s father, and agent, Sten, told Danish television that his son would leave Chelsea permanently in January if more opportunities did not arise – and his situation has not changed since then.

Although he may be staying in the short-term, Christensen was quick to reveal that he is unhappy at not being a regular fixture in the side – but he will continue to work hard to impress Sarri and force his way into contention.

“I can’t do anything else but go back there, train and do my best. Every time I get that opportunity, I have to do well and show him (Sarri) that he can count on me. “You don’t want to sit around and wait for it. You want to play straight away and that’s why we all play football.”