?Tributes have poured out from every tributary since Joe Cole announced his retirement from football at the age of 37. A lot of these salutes seemed to, if not in exact name than in nature, feel the need to remind the world just how good Cole was.

This is an intriguing development, because in my mind, how could the world forget? I suppose the answer would be that the Englishman’s so-called ‘peak’ was fleeting, and that the nomadic nature of his final years in football have shrowded the earlier days in dust.

That sentiment makes the upcoming comparison even more intriguing. After all, few man have had such sporting success so late in their careers than Gianfranco Zola. The Italian joined Chelsea on the wrong side of 30, and enjoyed the best spell of his 23-year footballing life. Indeed, Zola unequivocally made ?Chelsea what they are today – it is hard to imagine Roman Abramovich investing in the club without the exulted thrills and skills of the ‘Little Magician’ delighting the Premier League in the preceding years.

Upon his departure from west London in 2003, the club’s current Assistant Manager was named, in a landslide vote, as their greatest ever player.

So, how could Joe Cole even contend to being a better Chelsea player? Well, to start with, you could argue the Englishman had much more impact on much bigger moments than his counterpart ever did in a blue shirt.

Of course, all of Zola’s contributions eventually had far-reaching consequences, as mentioned, but in the context of the time, few of his greatest actions lead to much – save for the wonderfully dispatched winner in the UEFA Cup Winners’ Cup final.

It goes without saying that Cole was part of a far greater unit in his time at the club, imbued by Abramovich’s millions. What is less spoken of, however, is the midfielder’s part in that team’s triumphs. Obviously, the likes of Didier Drogba, Frank Lampard and John Terry are cherished from this time, and for good reason – they lasted longer than anyone else.

But, apart from Michael Essien (another unsung hero), Cole was the only man to pierce the three-man monopoly that trio had over Chelsea’s Player of the Year award during his time there. He did it in the 2007/08 season, an accolade that would be far more respected had John Terry not slipped in the penalty shootout of the ?Champions League final.

Had that not happened, Cole’s name would forever have been held alongside what would’ve been the greatest season in the club’s history.

It wasn’t just that year, though. Whilst Frank Lampard would reap the plaudits (and thus individual awards) for the back to back title wins of 2004/05 and 2005/06, it’s hard to think of an attacking presence more crucial than Cole, besides Lampard.

The infamous score against ?Manchester United that sealed the latter title will live long in the memory, and encapsulated everything the team, and by proxy the diminutive playmaker, was about that season. 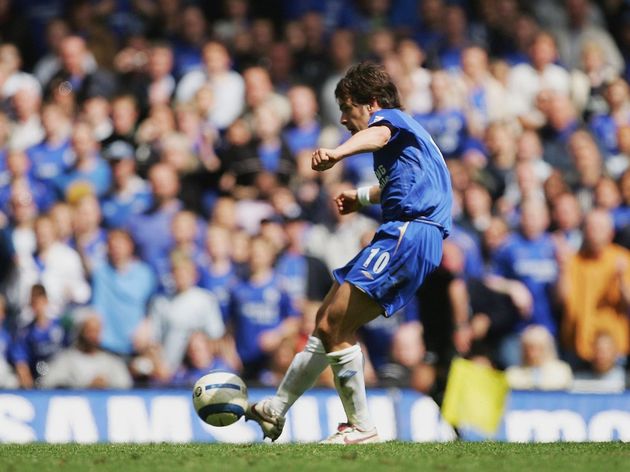 Zola’s enduring reverence from within the terraces clearly shows his efforts were not in vain. The Italian’s impact will never be forgotten, and it would be foolish to suggest that, man to man, Cole was a ‘better’ player.

But would you rather lay the foundations for success or reap the rewards? Zola’s legacy needs no protecting. He will alway be remembered for being what he was – a legend. But it is the Coles of this world that need upholding.

Thankfully, he is also propped up by a trophy cabinet that his predecessor could only dream of.

It is apt at this juncture point out that the former West Ham man was effectively brought in as Zola’s replacement joining in that same summer of 2003, for £6.6m. The price tag is crucial, because following the Italian’s exit, he was vociferous about the dangers of buying your way to glory, and it’s inability to guarantee success. 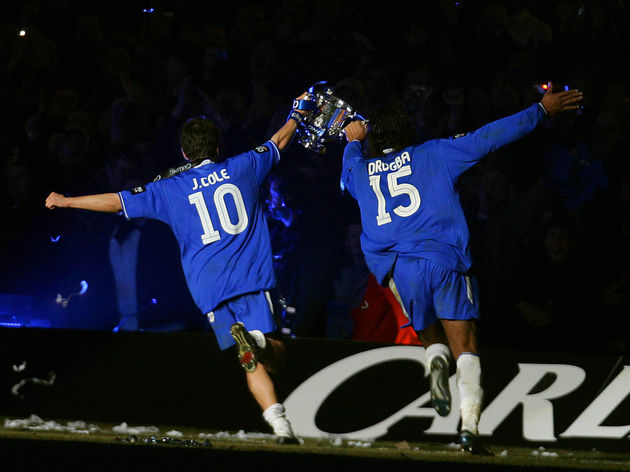 In this sense, Cole’s prosperity at Chelsea taught the club a valuable lesson about player value, especially when paralleled with the man he was unveiled alongside, Juan Sebastian Veron.

The paradigms for how a player’s time is evaluated at a club is clearly subjective. But for me, Cole’s exploits, under the the constant pressure of replacing a man like Zola, and the resulting trophies he garnered, make him a greater Chelsea player than his predecessor ever was.