?Chelsea striker ?Olivier Giroud has dismissed any rumours linking the Frenchman with a move away from Stamford Bridge, insisting he is ‘going to fight’ for a starting berth in the team.

The ex-Arsenal man has only started four matches in the ?Premier League this campaign, and is still yet to score. New boss Maurizio Sarri has preferred to start Spaniard ?Alvaro Morata upfront, with the Italian manager opting to choose only one striker in his ‘Sarri-ball’ system. 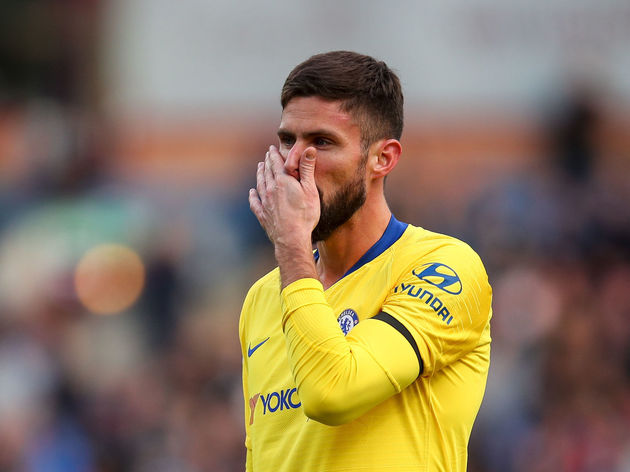 Giroud is out-of-contract in the summer and is yet to agree terms on a new deal with the London side, but did not appear too worried.

Of course, I am a competitor and I would like more playing time. But I am in a very big club, with very big players.” Despite the Frenchman’s lack of playing time, he displayed no signs of a lack of motivation to regain his position in ?Chelsea’s starting XI.

The 32-year-old recently scored his first goal of the season in a 1-0 away victory against BATE Borisov and will be hoping that can kick-start his Premier League season after the international break.