??Manchester United are set to receive interest from Chelsea and Juventus in January, with both reportedly chasing the Red Devils star performer this campaign – Anthony Martial.

Martial has been in splendid form this season, most recently netting in the Manchester derby just before the international break. That goal was just one of six the Frenchman has bagged in his last seven appearances, with Martial also having netted a brace at Stamford Bridge back in October. 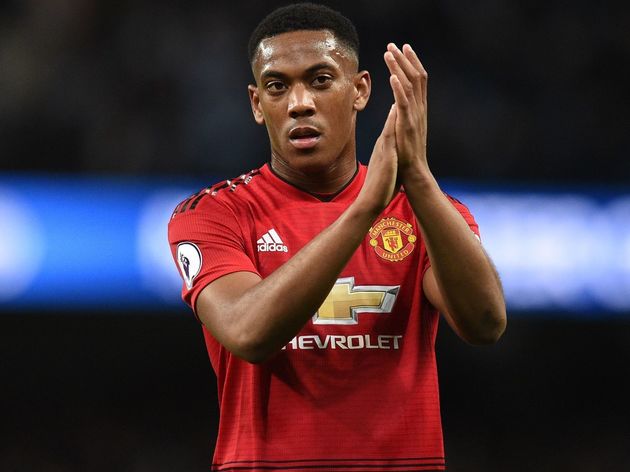 Sky Sports now report that contract talks between the Frenchman and the Red Devils are at ‘deadlock’, which has alerted European giants to his potential availability in January. Martial’s current deal runs until the summer of 2020 after his club recently activated a year-long extension clause.

The report claims ?Chelsea ‘are keen on the player’ but will look to sell one of their assets first in order to ‘finance’ the transfer. The attacker would certainly offer Sarri a new dimension up-front – being able to play on the wing or as a central striker – and he could provide the goals Chelsea need to ease the burden felt by Eden Hazard.

Juventus are also believed to be an admirer of Martial’s talents, and despite possessing some of the best forward talent in the world, the Old Lady may be tempted into test United’s resolve with a bid of their own.

Despite their interest, Man Utd are likely to dig their heels in and do everything in their power to tie the Frenchman down to a new contract. Reports say the hierarchy at United ‘are determined to keep Martial at the club’ despite admitting an ‘agreement remains very far from being reached.’

After the 22-year-old rejected a new contract in the summer, interest in the former Monaco man has inevitably risen. If contract talks do not progress during the coming months, Utd will be left with the decision to either cash-in and sell their star man, alternatively, they could allow him to run his contract down.

With ?the relationship between Martial and Mourinho appearing strained – the forward may be determined to move away from the club that signed him for £58m in 2015 which, at the time, made him the most expensive teenager in history.