?Maurizio Sarri has said he is worried about the physical condition of Eden Hazard, despite confirming that the ankle injury keeping him out of tonight’s clash with PAOK is ‘not serious’.

Having suffered from back problems a few weeks ago, the Blues boss suggested that Hazard is not in the best physical condition after playing a lot of football after the last month or so – but should be in line for Sunday’s London derby with Fulham. 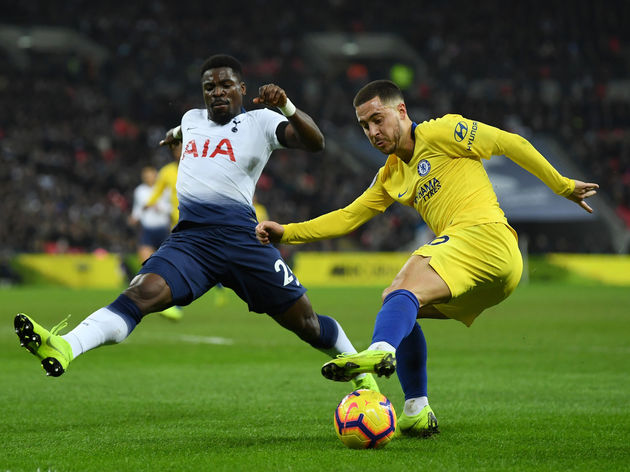 “Hazard is not a serious injury,” he told ?Sky Sports on Wednesday.

“He will not be able to play tomorrow but I think we will be able to recover him for the next ?Premier League match.

“I am worried because 25 days ago he had a back injury, now the ankle. I think he has lost a lot of training, so it’s normal he isn’t in top physical condition.

“He needs to have one week of training and a couple of matches before going to the best level. This week is useful for him to have training, and then we will see. I think he cannot play ten matches in 30 days, so sometimes he has to rest.” Since returning from World Cup duty in August, in which he featured heavily as Belgium eventually finished third, rest has been hard to come by for ?Hazard, who has featured in 12 of ?Chelsea’s 13 Premier League matches so far, starting nine of them.

While a point against PAOK at Stamford Bridge will be enough for the Blues to secure qualification to the last 16, it’s unclear whether or not Hazard would have been included even if fit, as he has sat out of two of their four European matches so far with Sarri selecting heavily rotated squads.

With three Premier League games in a week on the horizon, culminating in the visit of champions ?Manchester City next weekend, a fresh Hazard would do nicely for Chelsea as they look to sustain a title challenge.