?Ruben Loftus-Cheek has revealed he has found it difficult being a fringe player for Chelsea so far this season after starring for Crystal Palace last term and featuring at the World Cup in the summer.

The 22-year-old has struggled for minutes, facing competition for midfield spots from N’Golo Kante, Jorginho, Mateo Kovacic and Cesc Fabregas, and most of his opportunities have come in the Europa League.

Speaking as quoted by ?the Mirror, ?Loftus-Cheek revealed it had been a tough opening to the campaign but said he still has a good amount of self-belief. 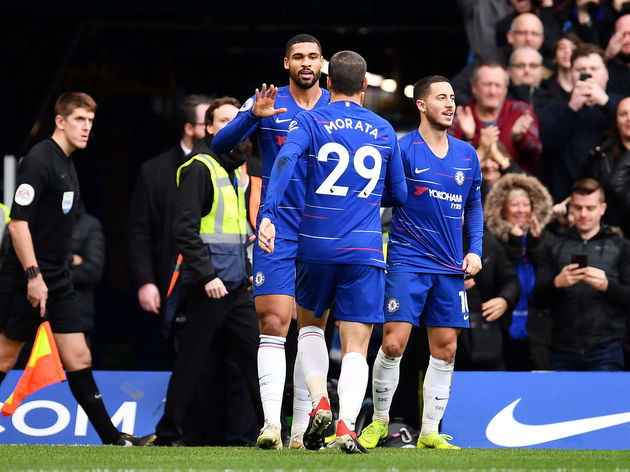 “I have a good family and friends who help me when times are tough which is always good for me. Also I am strong individually to know what I want in the future. I will always believe I will get to where I want if I keep my head down.”

Palace and Bundesliga side Schalke are expected to reignite their interest in the midfielder come January, while ?West Ham and ?Newcastle have also been linked with moves for the England international.

He added: “I try not to think too much about the future. I can’t think that far ahead [to the end of the season], I can only think about what’s happening right now. It is a difficult period coming up where we have to be fully focused.

“There’s loads of games so loads of rotation, so we all need to be ready physically and mentally for this. ?Ch?el?sea

“When I get the opportunity to play I have got to do my best and to try and make stuff happen but also do what the manager asks me to do defensively. Me scoring goals is looking good at the moment. I look to improve on that — I always try to see myself as a goalscoring midfielder.”