Transfer pundit and former journalist Ian McGarry has claimed that Dortmund star Christian Pulisic may prefer to join Liverpool over Chelsea due to his chances of breaking into the first team.

New contract talks for Dortmund’s American starlet seem to have stalled with his current deal expiring in the summer of 2020. There have been reports that the Bundesliga leaders may look to sell Pulisic in January or this summer, rather than risk losing him for nothing at the end of next season. 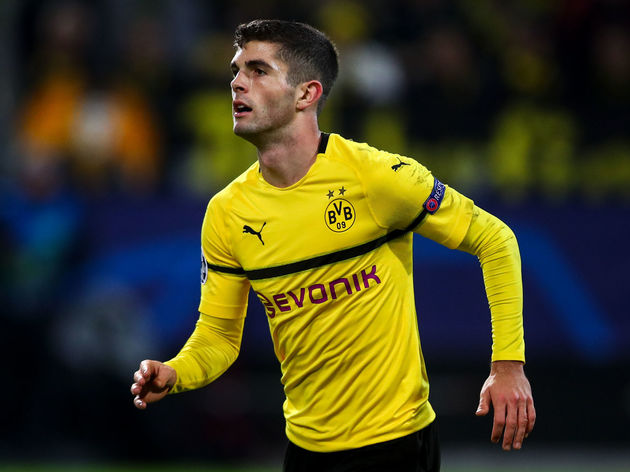 Speaking on the Transfer Window Podcast ex-journalist and ‘football consultant’ Ian McGarry has claimed that Pulisic has doubts over a possible move to Stamford Bridge.

He said, as quoted by The Daily Star: “We reported last week on Chelsea’s moves. ?Chelsea

“And unless one of the major players moves on – and I think he’s looking at ?Eden Hazard and the possibility of him leaving next summer, which is certainly a possibility but not yet confirmed – then he feels his future would be better, or more optimistic, at ?Liverpool where he sees there’s a need and desire to play that 4-3-3 system that Jurgen Klopp favours.

“And there is a desire from the owners of Liverpool to recruit the next American superstar.”

Klopp and Pulisic have links from their time at Dortmund and the German is clearly an admirer of the American winger.