?Chelsea forward Eden Hazard has revealed why he doesn’t covet the Ballon d’Or in ways that other players do, and admits he’d have no regrets if he ended his career without winning it.

The 27-year-old has had a standout start to the 2018/19 campaign, with eight goals and eight assists in 18 appearances since his return from the sidelines following a similarly stellar World Cup with Belgium. 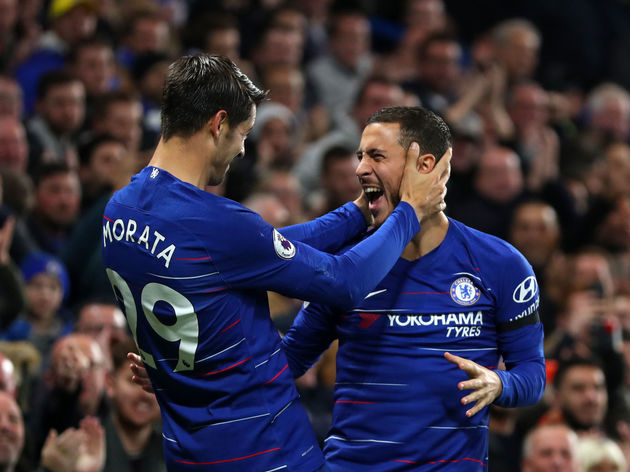 The Belgian placed 8th on this year’s list from France Football of the best players in the game, but, talking to the Radio show ‘Team Duga’ on ?RMC Sport about the award, Hazard explained: “If I have it, it’s a plus, but I’m not thinking ‘I need the Golden Ball’ and I think others are better than me. I always thought of myself as a collective before my person, so it does not matter to me.

The ?Chelsea man was speaking following his side’s unexpected 2-0 triumph over Manchester City at Stamford Bridge on Saturday, a performance in which ?Hazard, deployed as a false nine, showed his propensity to play for the team rather than himself.

And, while he admitted he would enjoy it if he could one day win it, he would have no hard feelings if it continued to elude him: “After, when we see the big players who had it before, having it would of course please me, but if I do not have it in the end, I will have no regrets.”

Being on French television, the forward was also asked about Olivier Giroud and N’Golo Kante.

On the latter’s repositioning under Maurizio Sarri, and whether it had adversely effected the Frenchman, Hazard jokingly proclaimed: “Even if N’Golo Kanté played goalkeeper, he would be happy.”