Under former boss Antonio Conte, Christensen emerged as a key player for the Blues. However, since Maurizio Sarri’s arrival at Stamford Bridge, Christensen has found himself completely out of favour. He has just one Premier League appearance to his name and has been heavily linked with a move away from Chelsea. Rumours of a potential move to ?Barcelona have surfaced in recent weeks, and now Spanish outlet ?Sport claim Barcelona have made a formal offer to sign Christensen on loan until the end of the season, amid concerns over the fitness of Samuel Umtiti, who may be forced into an extended period on the sidelines if he requires surgery on a knee injury.

However, an agreement is said to be a long way off, with ?Chelsea not open to the idea of loaning the Danish centre-back out. They are believed to be prepared to authorise a permanent transfer, but Barcelona are refusing to spend money in January. They are looking for a young player who can move to the club for free, and who they could possibly buy at the end of the season.

Christensen is thought to be keen on making the switch, ?even admitting to the media that he was unhappy with his current situation, but it is now up to him to negotiate a move to Spain, with the two sides currently at loggerheads. 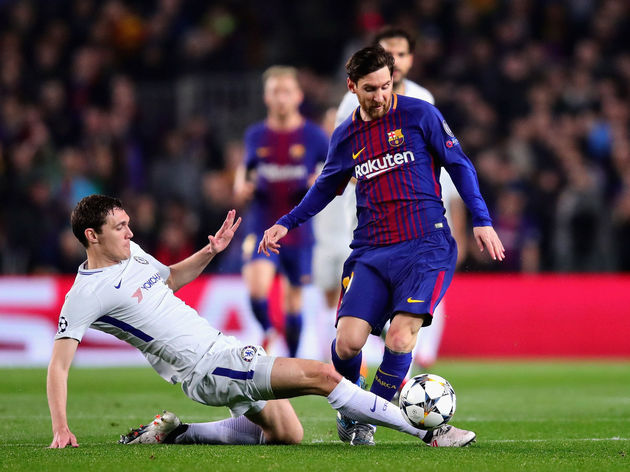 Having said that, Barcelona are believed to be relieved that their initial offer has been rejected, as they are still uncertain as to whether they will even need to enter the transfer market. The club’s medical team will meet with Umtiti to discuss his long-term fitness, but Sport claim that Barcelona will find themselves looking for a new defender.

Manager Ernesto Valverde insisted that they were happy with their current defensive options. He is quoted by Marca as saying: “Umtiti could recover and that would be great news for us and would mean that we would have four centre-backs for the rest of the season, although three are left-footed.

“We will know more about what happens with him in a little while, but we are Barcelona and want to have a team who can respond. As I said, we’ll see what happens but I’m happy to manage with what I have.”