The Blues have reacted well since their shock 2-1 defeat at the hands of Wolves, picking up three points against Manchester City and Brighton in the Premier League, as 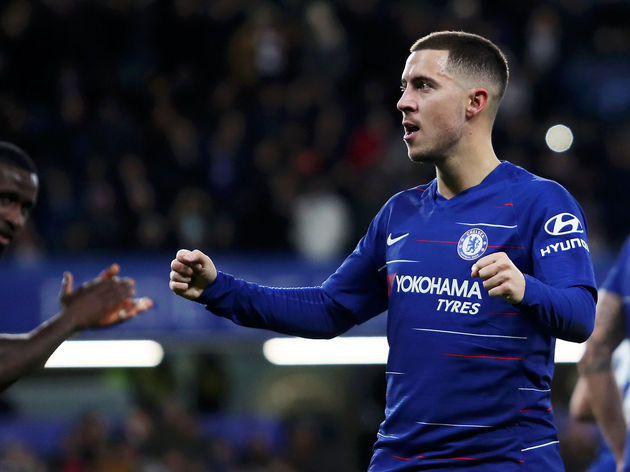 The Blues have three injury doubts ahead of Saturday’s meeting. ?Victor Moses, ?Gary Cahill and ?Alvaro Morata are all struggling with knocks and are unlikely to feature.

In the absence of Morata, Sarri has the option to start with Olivier Giroud from the off on Saturday, although the Frenchman has only netted one ?Premier League goal this campaign, so ?Eden Hazard may continue in the false nine role.

The Foxes are likely to be without full back Ben Chilwell who has been absent from the last two matchday squads through injury. The England international has flourished this season so would be a big miss if unable to take part.

Matty James is back in training after recovering from a long-term Achilles injury and could feature in the squad for Saturday, but Daniel Amartey will be missing after recently undergoing an ankle operation which is likely to keep him out for the season.

Talisman ?Jamie Vardy was rested in midweek and is expected to start at Stamford Bridge, although the Englishman hasn’t netted in the league since September.

If history is anything to go by, Chelsea should be optimistic about their chances on Saturday. The pair have met 112 times since their first encounter back in 1905, with the Blues winning exactly half of those games. The Blues have had an encouraging start to the season as the half-way point approaches?Tottenham?Wolves,

Leicester, meanwhile, show no signs of repeating the miracle they produced just a few seasons ago – or even coming marginally close. It has been a tough period for Claude Puel’s side on and off the pitch. Despite Chelsea putting in some inconsistent performances this season, they have still managed to carve out results which is a positive sign for the club.

Following consecutive league wins, confidence will have returned for the Blues and they should have enough quality to see off a struggling Leicester side. With James Maddison and Vardy, the Foxes will pose a threat and could breach a Chelsea defence that has looked somewhat shaky in patches this campaign, but the three points are likely to stay at Stamford Bridge.