?The Chelsea fan who was ejected from the Amex during the game against Brighton in December has been fined £965 and banned from attending matches for three years.

George Bradley, 20, pleaded guilty to using threatening, abusive or insulting words or behaviour to cause harassment, alarm or distress at Brighton Magistrates’ Court on Thursday.

A spokesperson for ?Brighton said, as quoted by the club’s ?website: “We would like to thank Sussex Police for their assistance in dealing with this unsavoury incident, and we are very pleased with the outcome.

“It underlines both their and our commitment to a zero tolerance policy on any form of abuse from those attending matches at the Amex. We would remind all fans that we will not tolerate any form of abusive behaviour at the stadium and will always take the strongest possible action.”

Sussex Police football policing officer Darren Balkham added: “This was a great example of the stewarding and policing operation at the stadium taking action when incidents occur. 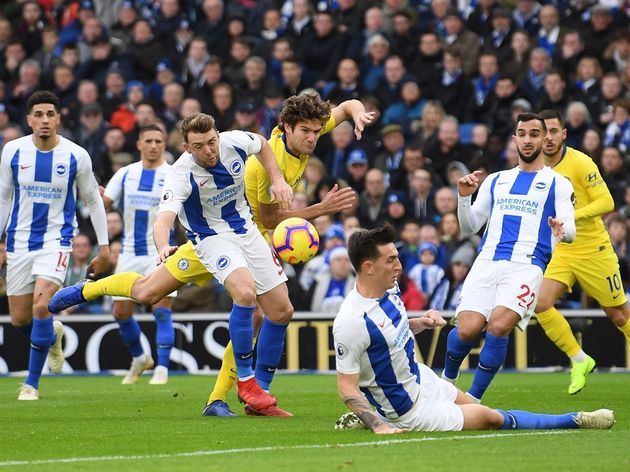 “Mr Bradley pleaded guilty at the earliest opportunity and accepted his behaviour was not acceptable and this was recognised by the court.

“I would urge any supporter attending the Amex to report these incidents to either a steward or police officer to allow us to take action at the time.”

?Chelsea suspended four fans from going to matches in December while an investigation into the alleged racial abuse of ?Manchester City forward Raheem Sterling takes place. The club also condemned a minority of fans for anti-Semitic chanting during a Europa League game at MOL Vidi in Hungary.