It has previously been reported that Bayern started the bidding at £13.5m and later returned with two further offers, both of which were rejected by Chelsea.

However, Sky Sports now claims that the fourth Bayern bid has gone in at £35m, at last matching Chelsea’s supposed asking price for Hudson-Odoi.

The same report also notes that Hudson-Odoi will not take up the latest offer of a new contact from Chelsea. His current deal is due to expire in the summer of 2020 and his alleged stance will force the club to sell if they wish to receive more than nominal compensation for him.

“To stay here is better for him,” the Italian is quoted as saying by BBC Sport.

“He is very young but he is improving, especially in the defensive phase. I don’t know the situation with the club but for me he is an important player.”

Sarri also described the starlet as having a “…very great future here with the national team and with Chelsea,” but added, “I am not in charge of all these questions and I don’t want to speak to a player about something that doesn’t depend on me.”

Winner of two FA Youth Cups with Chelsea, as well as the Under-17 World Cup with England, Hudson-Odoi made his first team debut last January in an FA Cup tie with Newcastle. He has now played 11 times for Chelsea and scored his first goal in the Europa League in November. 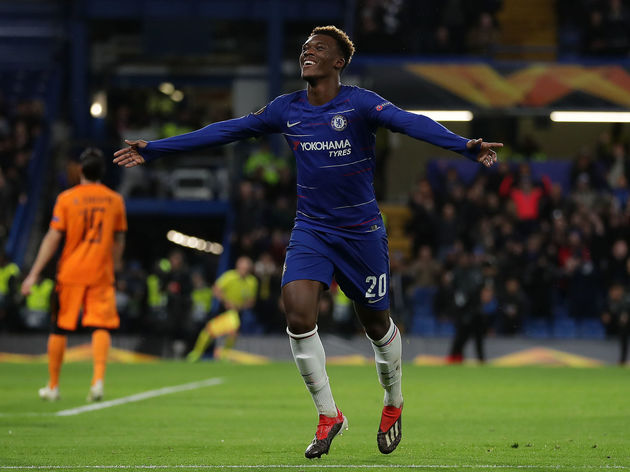 In his most recent outing, the highly rated youngster assisted both of Chelsea’s goals in the 2-0 FA Cup third round win over Nottingham Forest.

Bayern have seen the success that Bundesliga rivals Borussia Dortmund have had with Jadon Sancho, ?reportedly even preparing to offer Hudson-Odoi the number 10 shirt that will be vacated by departing veteran star Arjen Robben at the end of the season.