?British Transport Police (BTP) are seeking a group of football fans who sexually assaulted women and chanted racial abuse while on board a train.

The incident is thought to have occurred on a service on the 18:22 GMT service from London Paddington to Worcester on December 22, with a group of approximately 20 men displaying racial chants, as well as sexually assaulting a number of women in front of families and children.

As a result, ?BBC News are reporting that the group in question, believed to be Chelsea fans, are being sought after by the BTP in conjunction with the offences, while officers have told any witnesses and victims to contact police immediately.

?Chelsea have been contacted by the BBC in response to news of the incident, although the Premier League club are yet to comment.

It’s not the first time that fans of the Blues have been in the news in recent months, as ?Manchester City’s Raheem Sterling was alleged to have been racially abused by Chelsea fans during a Premier League game on December 8.

The club are also ?under investigation from UEFA following reports of anti-semitic chanting as well as donning a flag with a Nazi symbol during a Europa League tie against Hungarian side Vidi just five days later. 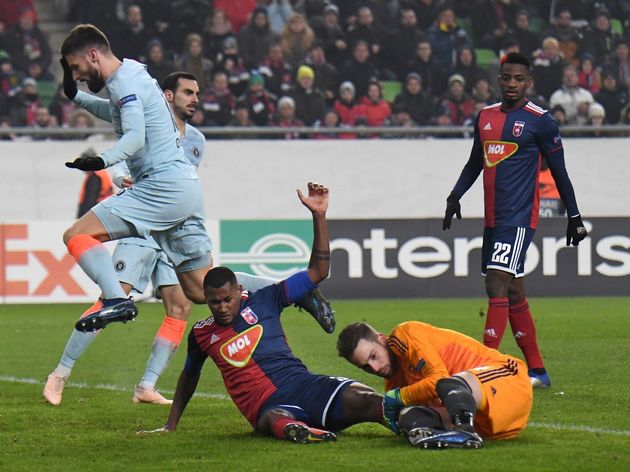 More recently, ?a Chelsea fan was ejected during a game against Brighton for shouting homophobic abuse, resulting in a fine and a three-year ban.

Chelsea are currently fourth in the Premier League in Maurizio Sarri’s first season in charge, while the Blues’ next game is an EFL Cup semi-final first leg against Tottenham.