The former Arsenal star had been on the fringes of Chelsea’s squad this season, with Blues boss Maurizio Sarri openly admitting that the 31-year-old needed to leave in search of first-team football. 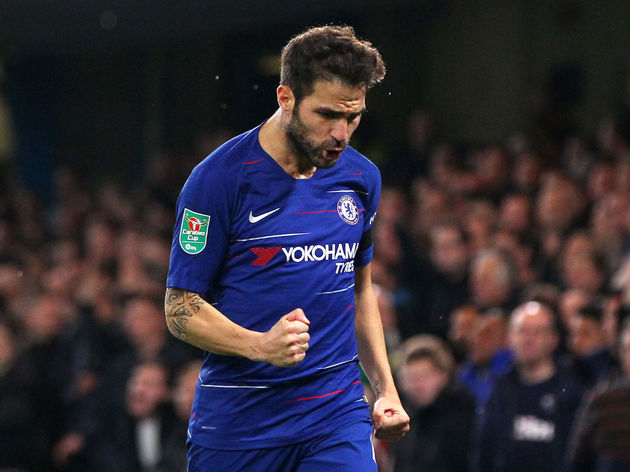 ?Fabregas will reunite with former Arsenal teammate Thierry Henry at the Stade Louis II, with the Frenchman appointed manager of the struggling side in October. Monaco confirmed the deal via their Twitter account on Friday evening.

The Spanish star had largely been restricted to sporadic appearances off the bench in his final year at Stamford Bridge, and made just six ?Premier League appearances this season before confirmation of his departure.

?The Blues said in a statement on their website: “We thank Cesc for his wonderful service and wish him the very best of luck for the next chapter in what has been a fantastic career.”

The former Barcelona youth player joined ?Arsenal’s academy in 2003, and made his debut for the club in a League Cup tie at home to Rotherham United, aged just 16 years and 177 days.

The Spaniard would win the FA Cup in just his second full season in English football, before featuring in the side that lost to ?Barcelona 2-1 in the Champions League final in the 2005/2006 campaign.

After making 303 appearances for the Gunners, Fabregas returned to his boyhood club in 2011, and enjoyed great domestic success with the Catalan giants. The Spain international then made his move to Chelsea in 2014 for a reported €33m, and was part of the ?Chelsea side that won the Premier League on two separate occasion in 2015 and 2017, and the FA Cup last season.