Spurs go into the game with a 1-0 aggregate lead thanks to a controversial penalty decision after Harry Kane was ruled onside by VAR and fouled by Kepa Arrizabalaga.

Kane converted from the spot but replays at full time courtesy of Chelsea’s backroom staff appeared to show the Spurs striker in an offside position. 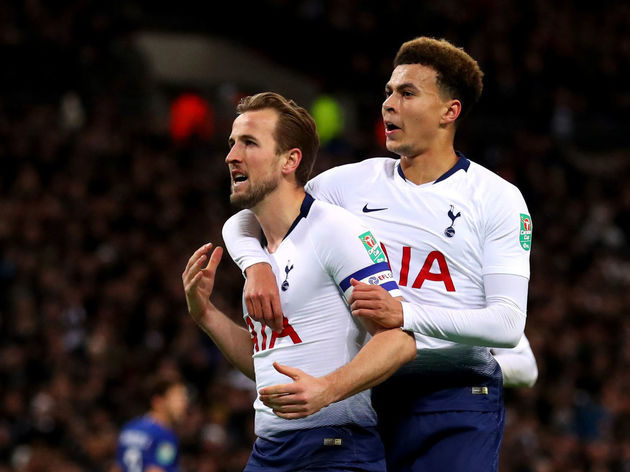 Mauricio Pochettino will be forced to field a weakened side due to injuries to several key players, including Kane, after struggling to beat relegation candidates Fulham at the weekend.

It’s a potentially very significant night for Maurizio Sarri as pressure continues to mount following a particularly weak performance against Arsenal on Saturday, as he publicly criticised his team for being “extremely difficult to motivate”.

Spurs simply need to avoid defeat at Stamford Bridge to face – barring a ten-goal swing for Burton Albion in the other semi final – Pep Guardiola’s ?Manchester City at Wembley Stadium in February’s final. Check out 90min’s preview of ?Thursday’s clash below.

?Chelsea have no fresh injury concerns as ?Ruben Loftus-Cheek is still sidelined with a worrying back problem and it is not known when the 22-year-old will return.

Sarri will be hoping that his club can push through the signing of ?Gonzalo Higuain in order to give the Argentina striker his debut against Spurs. Failing that, Eden Hazard may be forced to lead the line once more.

Higuain not in London yet, could be by tonight. Chelsea want him to sign in time for Tottenham (12pm tomorrow) – @NicoSchira

Pochettino’s Spurs will be without key players in Harry Kane and Son Heung-min, as well as ?Dele Alli who suffered a hamstring injury in their 2-1 win over Fulham on Sunday.

Alli was replaced by French winger Georges-Kevin Nkoudou and it was the 23-year-old’s cross that found Harry Winks for his 93rd minute winner, but Spurs may opt to replace Alli with defensive midfielder Eric Dier on Thursday to conserve their 1-0 lead.

Fernando Llorente turned the ball into his own net against Fulham but is expected to start up front in ?Harry Kane’s absence.

Spurs had famously gone 28 years without a win at Stamford Bridge before a 3-1 victory in April 2018 thanks to a Dele Alli brace, and managed to repeat the scoreline at Wembley in November.

The first leg of this tie was their third consecutive win over the Blues but Chelsea have a superior overall record in this fixture, winning 68 games compared to Spurs’ 54.

The two sides met in the final of this competition in 2008, with Spurs coming from behind to win 2-1 at Wembley. 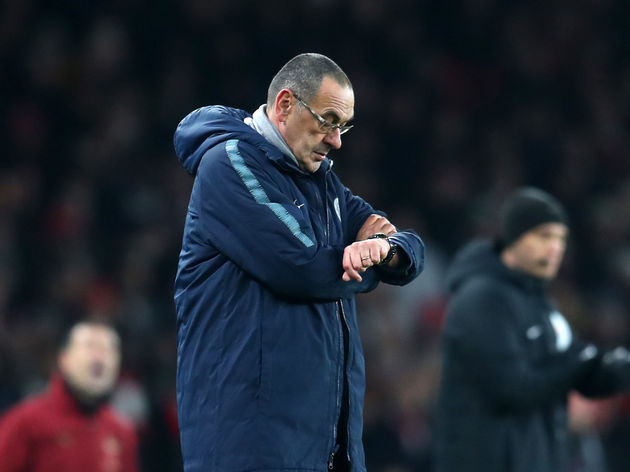 Chelsea fell to a 2-0 away defeat at Arsenal on Saturday in what was a particularly poor display from the Blues. Since their Carabao Cup quarter final win over Bournemouth, Chelsea have scored just seven goals in eight games and have two wins from their previous five.

Tottenham were beaten at home to Manchester United after the first leg victory over Chelsea and scraped past Fulham on Sunday with a last-gasp winner from Winks. Chelsea were the better team in the first leg but the story of their season has been a lack of penetration in the final third. Blues fans will be hoping Higuain is signed and available to make his debut on Thursday to solve their problems in front of goal.

If Pochettino chooses to defend their lead from the first leg, the aggregate score may be enough for Spurs to progress to the final as Chelsea continue to struggle to break teams down.