?Thursday night’s Carabao Cup semi-final win over Spurs felt like a turning point for Chelsea in many ways. It saw the Blues put in their most energetic, charismatic performance we’ve seen in weeks; Eden Hazard become free of his false nine shackles to absolutely ransack the Spurs defence, and perhaps most intriguingly – the moment Chelsea fans got Emerson Palmieri.

Indubitably a panic buy from Antonio Conte last January, the Brazil-born Italy international has barely featured since. The odd Europa League run out here, a token gesture cup outing there, nothing substantial, and with performances earning shrugs of indifference at the very best. But on Thursday night, Emerson looked hellbent on impressing Blues supporters from the word go.

But first, let us discuss the elephant in the room: Marcos Alonso. Alonso defied expectations when he arrived at Stamford Bridge to little furore and fanfare back in 2016. Bolton Wanderers,

Hurled straight in as a left wing-back with three central defenders behind him, Alonso made the position his own – bombing down the flank with aplomb, and scoring his fair share of stunning free-kicks. With Conte becoming the latest Chelsea manager to trudge glowering into the sunset, Alonso became cruelly exposed in the more conventional full-back position under whip-cracking new boss Maurizio Sarri. With David Luiz always prone to spontaneous outbursts of rash behaviour, Alonso has had to rein in his game; let’s face it, it hasn’t worked.

And it’s not just his defensive struggles; he’s been an absolute liability on the disciplinary front too. So far this season, the 28-year-old has picked up four yellow cards, with clumsy tackles and moments of real petulance starting to creep into his game. Perhaps Alonso has become complacent, with no real competition for his place – but now, that could all be changing. 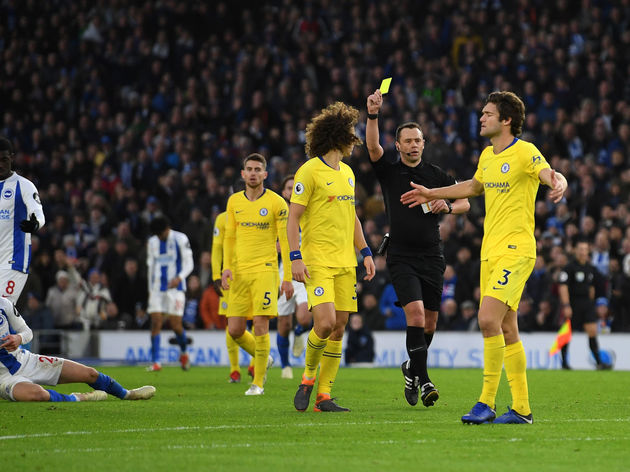 And it wasn’t just that moment – throughout the course of ?the match he showed resilience, guile and discipline – the ideal ingredients for a heated local derby. While his teammates lost their heads during a tumultuous second half – even, dear, sweet N’Golo Kanté went berserk – Emerson remained calm, blooming in the hot

Of course, he’s far from the finished product. As ??Sarri himself contended, the 24-year-old is still a fairly wispy individual (not his exact words, I hasten to add), and could do with bulking up – I hear Gonzalo Higuaín has a few pallets of Nutella stacked up in a warehouse he’d be happy to share – to boost of chances of succeeding in the rough n’ tumble battleground of the Premier League.

But certainly, Emerson deserves his chance to shine under Sarri. Alonso doesn’t play well in a back four, and he’s clearly becoming an increasingly frustrated character in the system. His understudy has shown his ability to thrive in a high pressure game, and a run of matches with the full backing of his manager would give the confidence to become an absolute hit.

What are you waiting for, Maurizio? Give the lad a shot!