Everton were the big name casualties on a day of thrills, spills and late goals in Saturday’s FA Cup Fourth Round action, as they crashed out to Championship strugglers Millwall.

The Toffees had twice taken the lead at a rain soaked New Den thanks to goals from Richarlison and Cenk Tosun, but surrendered that advantage twice as Lee Gregory and Jake Cooper, aided the by undetected use of his left arm, brought the hosts level. 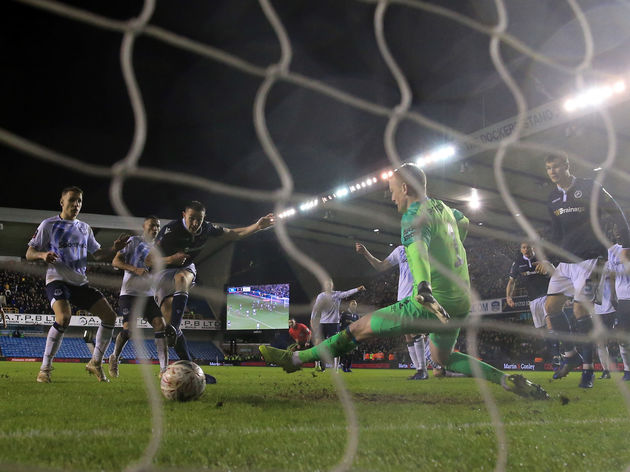 Everton‘s inability to defend set pieces was exposed once more in the dying moments, as Murray Wallace pounced on a loose ball to fire past Jordan Pickford from close range and seal Millwall’s place in the Fifth Round.

The day’s action had got underway at the Wham Stadium where League One Accrington Stanley entertained high-flying Championship side Derby County. It was an even affair through out with both sides creating chances, although matters were made a lot harder for the home side? on the hour mark when Daniel Barlaser was sent off after picking up a second yellow card

Despite the sending off Accrington continued to get forward, however their resistance was finally broken at the other end with Martin Waghorn stabbing the ball home from close range. The Rams held on to secure their place in round five, despite Jayden Bogle’s last dismissal for a professional foul. One of the two all ?Premier League affairs came at the Etihad Stadium where ?Manchester City hosted ?Burnley. The home side secured their place in the Carabao Cup final on Wednesday night after their win over Burton, and they picked up where they left off with Gabriel Jesus putting City ahead in the first half with a fantastic solo effort.

In the second half, the floodgates opened for Pep Guardiola’s men with Bernardo Silva and Kevin de Bruyne stretching City’s lead either side of the hour mark before an own goal from Kevin Long and a late Sergio Aguero penalty rounded off a comfortable 5-0 win for the Citizens. 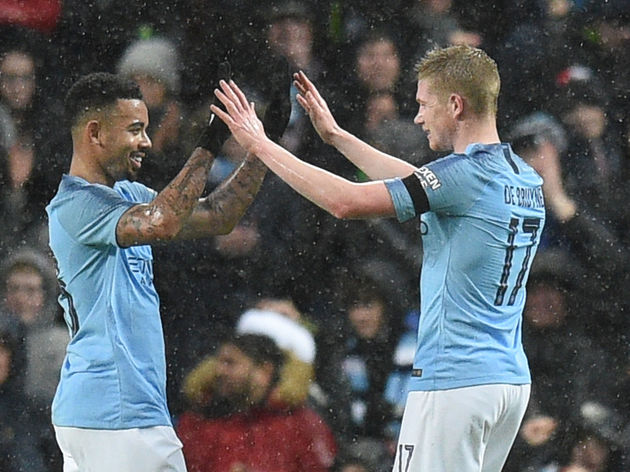 The other all Premier League clash came on Tyneside where ?Watford travelled to face ?Newcastle, although there wasn’t a great deal of quality on show in the first half. The game finally got it’s first goal just after the hour mark when Andre Gray put the visitors ahead, before an injury time strike from Isaac Success secured Watford’s passage into the next round with a 2-0 win.

Meanwhile, there looked to be a huge shock on the cards as League One side Shrewsbury Town found themselves two goals up against a high-flying Wolves side at Montgomery Waters Meadow. Their hopes were shattered though after Raul Jimenez pulled one back with 15 minutes remaining, before Matt Doherty bagged a stoppage-time equaliser to snatch a 2-2 draw. 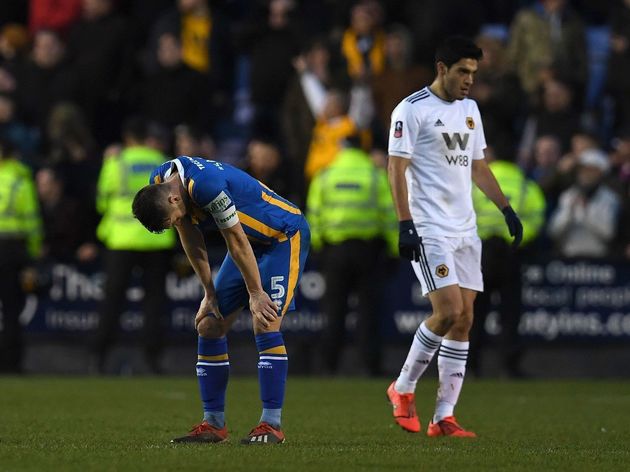 Wolves weren’t the only side to secure a replay as Brighton and West Brom played out a 0-0 draw, Newport County scored a late equaliser at the Riverside Stadium to snatch a 1-1 draw against Middlesbrough and Queens Park Rangers spared their blushes after being a goal down to salvage at draw against Portsmouth.