?Reports have broken on Monday evening that Chelsea have told Callum Hudson-Odoi he won’t be leaving in January, amid heavy speculation linking the 18-year-old with a move to Bayern Munich.

His potential departure has been the headline transfer story for much of the window, and the deal looked closer than ever to being done on Sunday after news broke of the winger handing in a transfer request to the Stamford Bridge side – a request the Blues were thought to be taking their time over.

Understand that Chelsea have yet to respond to Callum Hudson-Odoi’s transfer request and the £35m bid from Bayern remains on the table. Clock is ticking…

Another twist seems to be on the horizon, however, as the ?Mail say that ?Chelsea have rejected his request and won’t allow him to move on in the current window.

The £40m bid on the table from Die Roten has been rejected by the Blues, who will now hope the player knuckles down for the remainder of the season before a definitive decision on his future in the summer.

Despite all the speculation, the 18-year-old featured and impressed in the 3-0 FA Cup win over Sheffield Wednesday on Sunday night, leading fellow attacker Willian to assert that he is going nowhere. 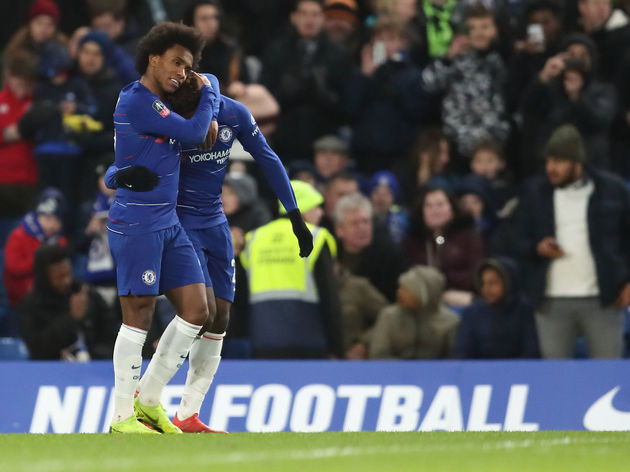 “He’s going nowhere – he’s a special talent, a very good player and is staying with us,” he told Sky Sports.

“Of course he is only 18 but he can improve a lot and in the future can become one of the best players in the world.

“It’s difficult not to think about ?Bayern Munich because they are a great team as well but for me, his future is here. “He has to stay because he knows the club, and I am sure he will play more.”

Hudson-Odoi has made 18 appearances so far this season, and as things stand, it looks as if there could be more to come.