?Chelsea travel to the Sinobo Stadium on Thursday night to face Slavia Prague in the first leg of their Europa League quarter final.

With the Blues’ chances of a top four finish still up in the air, they will be keen to progress in this competition as it may prove to be their best chance of securing Champions League football for next season.

Standing in their way will be Slavia Prague, who are this season’s surprise package following their 4-3 win over six-time winners Sevilla in the previous round. Check out 90min’s preview of this quarter-final tie below:

Having not started a league match all season for Chelsea, Callum Hudson-Odoi has found himself in the starting XI in the Blues’ last two fixtures at home to Brighton and West Ham. The young Englishman will be hoping to keep his place for the third successive game.

However, Spanish winger Pedro started Monday’s game on the bench after picking up a knock and will be eager to win his place back in Prague. As for the Czech side, they will be without

Thursday night will mark the first ever meeting between Chelsea and Slavia Prague. However, the Czech side have faced English opposition on nine previous occasions, winning just one – a 1-0 victory over Leeds in 2000. Chelsea on the other hand have visited Prague twice before in European competitions, facing Slavia’s city rivals Sparta. The Blues came out as 1-0 victors on both occasions – the most recent of which came in 2013, when they went on to win the Europa League under Rafa Benitez.

Chelsea come into this fixture in a good run of form, with their only recent blip coming at Goodiso?n Park in a 2-0 defeat. The Blues will be hoping to match their last outing in this competition when they ran out 5-0 winners against Dynamo Kiev.

Prague are on a fine run themselves as they are currently ten unbeaten. They will be looking to continue their scoring form, having bagged 17 goals in their previous five games. 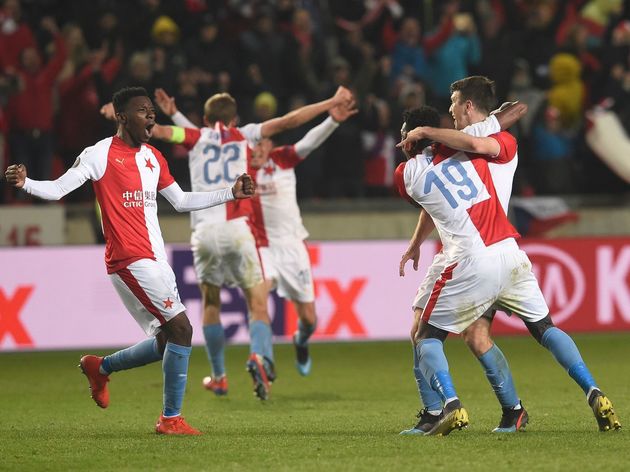 ?Chelsea come into this clash as clear favourites given the star studded squad they have at their disposal. The west London side will be able to rotate their players on Thursday without compromising the quality of the team.

Slavia Prague may not be able to match Chelsea in terms of individual talent, but will look to their home fans to inspire them to victory. There will be a full house at the Sinobo Stadium and every supporter will be doing all they can to intimidate the Blues in order to give their team the edge in this tie. The ?Premier League side may struggle to get accustomed to the hostile conditions, but expect their quality to show over the course of 90 minutes.