?Everton are still targeting a move for Crystal Palace loanee Michy Batshuayi in the summer as Marco Silva looks to bolster his options up front.

Batshuayi, 25, is on loan at Palace from Chelsea until the end of the season, with the Belgium international scoring three goals in 11 appearances for the Eagles in all competitions, after netting three goals for Valencia during a loan spell earlier in the campaign. According to ?Goal, Roy Hodgson’s side do not have a purchase option at the end of the season, meaning ?Batshuayi would return to ?Chelsea, although it’s claimed that ?Everton could look to sign him permanently this summer.

The Toffees missed out on signing Batshuayi in January, as a loan move to Selhurst Park was agreed instead, in what was his latest temporary departure from Stamford Bridge.

Batshuayi signed for Chelsea from Marseille in 2016 for £33m, but has only scored 19 goals in 53 appearances for the club, with regular first-team opportunities hard to come by. A spell on loan at ?Borussia Dortmund during the second half of last season did showcase the talents of Batshuayi, after he netted nine goals in 14 games, before his season was cut short due to injury.

With two years of his contract at Stamford Bridge still remaining, it’s unlikely the Blues will let Batshuayi leave on loan next season without agreeing a new deal, while a permanent departure from west London remains very much an option. 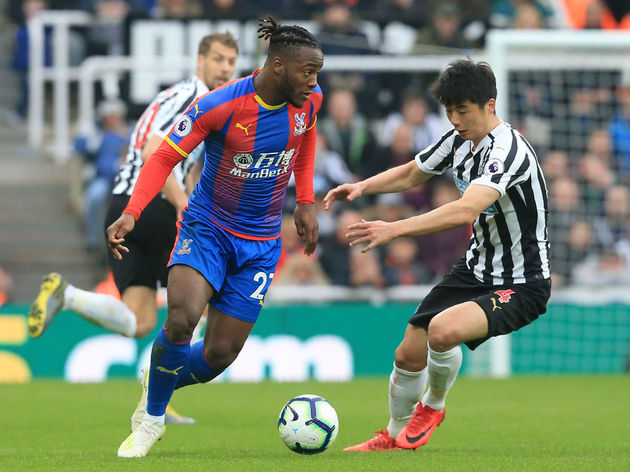 In the meantime, he will be part of ?Crystal Palace’s squad that takes on Manchester City this weekend, before City’s title rivals Liverpool host Batshuayi’s parent club Chelsea at Anfield.