?Manchester United take on Chelsea at Old Trafford this weekend, as both teams compete for a place in the Premier League top four.

Recent results suggest neither team, nor ?Arsenal, want to play Champions League football next season – but the picture should become clearer this weekend as the Blues travel to United with fourth place in their hands. Maurizio Sarri missed the chance to strengthen ?Chelsea’s top four position, as they were held to a 2-2 draw by ?Burnley on Monday – a result made all the more frustrating for Blues fans by Arsenal’s second defeat in four days against ?Wolves. 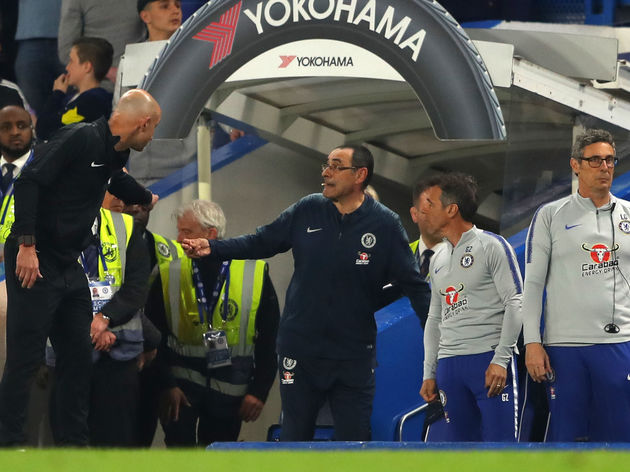 ?Ander Herrera has missed Man Utd’s last four games with a hamstring injury but Solskjaer appeared hopeful for the Spaniard’s availability for the ‘Chelsea or City’ fixtures when speaking this week.

Defender ?Eric Bailly has been out of action for several weeks and ?Antonio Valencia has not featured since February, with Solskjaer confirming that the Ecuadorian will leave Old Trafford at the end of the season.

Really gutted to end my season with an Ruptured Achilles, gotta work hard and try and come back stronger for next season!!!????? pic.twitter.com/PXC53WszdH

Chelsea’s Callum Hudson-Odoi unfortunately ruptured his Achilles during the first half of the draw with Burnley and is expected to miss the start of next season.

?N’Golo Kante was substituted at half time on Monday with a minor rib problem but the Blues are optimistic about the Frenchman’s involvement this weekend. ?Antonio Rudiger has also returned to training, putting him in contention for a start at Old Trafford.

Historically, the hosts have the edge in this fixture, winning 78 to Chelsea’s 54, but United have only beaten Chelsea on three occasions in the last 18 meetings. The Blues, however, haven’t won at Old Trafford since 2013 when current United player ?Juan Mata scored a late winner in a 1-0 win.

This season’s reverse fixture ended in dramatic fashion, as ?Ross Barkley snatched a point for Chelsea in the 96th minute at Stamford Bridge.

Man Utd are in pretty dismal form of late, losing three games on the spin and conceding nine goals without reply. Solskjaer has won just two of his six games since taking the job on a permanent basis – a far cry from the 14 wins from 19 during his spell as caretaker boss.

To make matters worse, it’s been eight hours and 47 minutes since the Red Devils scored a goal from open play.

We know that we have to improve but words mean little: we have to give everything for this club. Thank you for your unconditional support

Meanwhile, Chelsea’s unconvincing performances in each of their last four matches has certainly clouded their current position in the top four, as well as the last four in the Europa League.

Monday’s frustrating draw with Burnley highlighted all of Chelsea’s problems in 90 minutes – defensive disorganisation, a distinct lack of creativity and Sarri’s inability to adapt to a defensive opponent.

Here’s how each team has performed in their last five fixtures. On United’s current form, Chelsea should fancy their chances at Old Trafford. But Solskjaer will demand a performance from his players, as he prepares for his summer clear out.

Chelsea’s away record against the rest of the top six under Sarri is appalling – four defeats from four – and it’s difficult to see that coming to an end on Sunday.