?Frank Lampard’s career as Chelsea manager got off to a nightmare start last weekend, with his side being comprehensively beaten by Ole Gunnar Solskjaer’s Manchester United.

The Blues’ performance in the European Super Cup on Wednesday, when they were beaten on penalties by Liverpool, will offer Lampard some solace, but it also gives him a number of selection dilemmas.

Several players left out of the side at Old Trafford put in very positive performances against the Champions League winning Reds and in turn, made a big case to be included in Lampard’s team to face Leicester on Sunday.

Here’s 90min’s attempt to solve these dilemmas, as we predict the Blues XI that will face the Foxes this weekend.

Kepa Arrizabalaga – Kepa pulled off a number of world class saves on Wednesday night and despite conceding four against United, made very few mistakes. One of the only names comfortably on the team sheet for the foreseeable future.? ? (RB) – Once revered and worshipped by the Chelsea fans, a number of high profile errors has led to the 29-year-old being heavily criticised of late. Despite this, his experience will be vital this season, and he will likely start the majority of games – much to the ire of some Chelsea fans.

This is sad to see.

Antonio Rudiger (CB) – If Rudiger is anywhere close to full fitness, you would have to expect him to start against Leicester. With Andreas Christensen limping off in the European Super Cup final on Wednesday, this is the opportune moment for the authoritative German to return to the heart of the Chelsea defence. 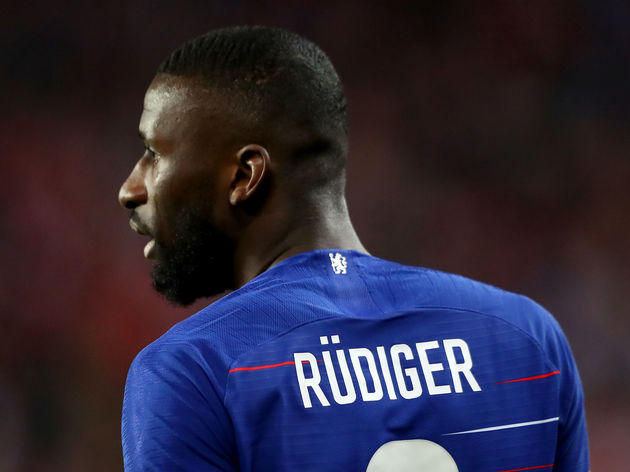 N’Golo Kante (CM) -? Kante was desperately missed against United and reminded the world what he is capable of with an energetic performances in the Super Cup final. Expect him to star once again, against his former club on Sunday.

Jorginho (CM) – A figure of ridicule amongst a vocal section of Chelsea supporters last campaign, it was widely expected that Jorginho would follow Maurizio Sarri out the door to Juventus. He didn’t, and has started the season well. The Italy international even converted a penalty in extra-time on Wednesday to ensure the game would be decided via a penalty shootout. Mason Mount (AM) – A player who worked with Lampard at Derby last season, 20-year-old Mount was a surprise selection against United, but impressed nonetheless with an accomplished performance. He will be competing with Ross Barkley and perhaps even Mateo Kovacic for this role throughout the season, but his performances on Sunday and then on Wednesday where he had a goal disallowed, combined with Lampard’s desire to deploy some of the club’s youth academy graduates, is probably enough for Mount to keep his place – for now.

Christian Pulisic (LW) – Making his Chelsea debut on Wednesday, Pulisic put in a spirited performance, assisting Olivier Giroud’s opener and also being desperately unlucky to have a fine solo goal chalked off for offside. The American has surely done enough to earn a place in the team to face Leicester. Tammy Abraham (ST) – Although his positional rival Olivier Giroud scored the opener in the European Super Cup final on Wednesday and he also missed a penalty, Tammy Abraham should still start against Leicester. Another Stamford Bridge academy product, Lampard will stick by Abraham, and hope his faith is repaid by a goal or two.