?Gameweek three is done. How are we feeling – horrendous? Me too. And not just because of the subtropical bank holiday weekend that we have just been treated to in the UK.

The general consensus about the start to this year’s Fantasy Premier League seems to be we’re all doing absolutely shocking but that’s ok because there’s a long way to go and some of our squads just need a bit more time to gel before steaming through everybody in their paths.

Sir Alex Ferguson didn’t get off to a brilliant start when he took the reins at ?Manchester United and now he’s widely considered the ?greatest manager that ever lived, SAF didn’t give up, and neither will we.

Now, with that newfound determination that we’ve all just had instilled in us, let’s look at the man-of-the-match lowdown from week three.

I’ve said it before and I’ll say it again, this transfer ban could be one of the best things to ever happen down in west London.

Unable to sign the big names from across Europe, ?Chelsea are being forced to play youth and some talented youth they have indeed.

The two English youngsters, Mason Mount and Tammy Abraham scored the goals to seal Frank Lampard’s first win of the season with the former just edging him for MOTM with his all round excellent display.

Mount’s price is rising and now sits at £6.2m but with him seeming to be cementing himself as a first team regular, there would be much worse shouts to transfer into your midfield.

Oh and if you were wondering, yes Pukki scored again. 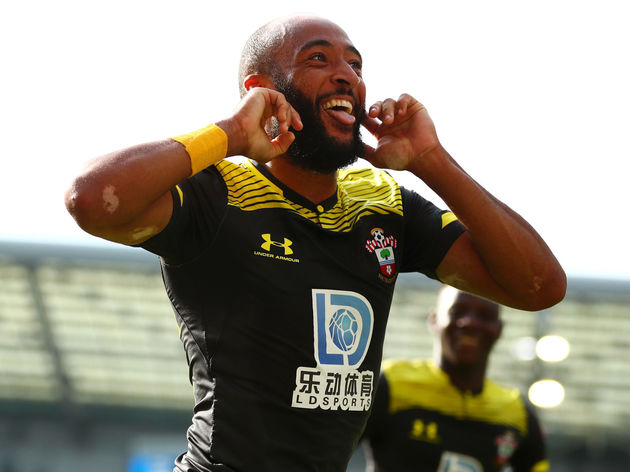 The man-of-the-match award should have probably read ‘Not Florin Andone’.

An early sending off for the Brighton man pretty much cost the Seagulls the game and handed the Saints their first win of the season.

Nathan Redmond scored Southampton’s second of the game and in turn handed them the south-coast bragging rights. Available at £6.4m, he’s not going to win you leagues but he’s the reliable type you can call on when needed.

I can’t lie, I had completely forgot Gary Cahill was at Crystal Palace until this game but the veteran centre-back showed that he most certainly has still got it with a dominant performance.

The defensive pairing of Cahill and Patrick van Aanholt frustrated United all afternoon and there was an element of luck with the second-half penalty miss (can’t believe Pogba didn’t take it) but in the end it was a dream debut for the former Chelsea man.

This is becoming quite the occurrence, isn’t it?

?Two weeks in a row for the ever-improving James Maddison who looks to be very much proving the sky is the limit. £7m looks to be a bargain.

West Ham United’s record transfer got off the mark with a double and Watford’s miserable start to the season continued. So of course the week prior I transferred Sebastien Haller out and had Craig Cathcart starting in my backline for this one.

Anyway, away from my bitterness, Haller’s all-round game looked to be finally justifying that huge price-tag and his FPL price has already risen from £7m to £7.4m.

The Frenchman could still prove a gamble but judging on that performance, more goals will be inbound.

?Mohamed Salah picking up a man-of-the-match award? How unusual…

The Egyptian king continues to impress season after season in a red shirt and is guaranteed FPL points.

?Arsenal were meant to prove ?Liverpool’s toughest task of the season but with a little help from Salah, the Reds brushed the Gunners aside with ease.

Have you got him in your team? Yes? Good. If you haven’t, just, why?

El Mago. What a way to mark 400 ?Manchester City appearances.

The Spaniard provided two all important assists as he captained his side to a victory on the south coast.

It’s always difficult knowing what City players to put into an FPL side with Pep Guardiola having the depth to rotate so much but surely at £7.4m, Silva is as reliable as it gets?

And the shock result of the weekend came from the Tottenham Hotspur stadium where Steve Bruce picked up his first win as Newcastle United manager.

Paul Dummett was outstanding throughout for Newcastle and was part of a backline that frustrated the extremely talented Spurs attack.

No disrespect to Dummett, I wouldn’t be rushing to throw him in my team but at £4.5m you can do much worse based on that performance.

Side note: Thanks to big Harry Kane who I obviously captained this weekend. Wolves struggled to carve out chances all game against a resilient Burnley defence headed by James Tarkowski and were rescued by a 97th minute Raul Jimenez penalty.

Tarkowski is one of the more consistent defenders in the real world and Fantasy Premier League world alike and was denied the much deserved clean sheet bonus from the last-ditch spot kick.

If your defence is struggling for points, he is certainly a name to look at, however, maybe wait until after they’ve played Liverpool next week!