?Chelsea head coach Frank Lampard has claimed that he wasn’t surprised that Liverpool – the current Champions League holders – were defeated by Napoli on Tuesday, as the buildup to a huge Premier League clash between the pair this weekend begins.

The Reds were condemned to a 2-0 defeat at the Stadio San Paolo, as a penalty from Dries Mertens, followed by an injury-time goal from former Tottenham striker Fernando Llorente, sealed the deal for the hosts. It was the first time that the holders of the ?Champions League had lost their opening game since the ?1994/1995, but Lampard has stated that he was not shocked by the result.

Lampard was speaking after watching his Chelsea side slip to their own group stage defeat, courtesy of a second half goal from Valencia’s Rodrigo. The Blues had their chances to grab a share of the spoils, and will look back on what could have been after Ross Barkley’s late penalty clipped the frame of the goal before going over. 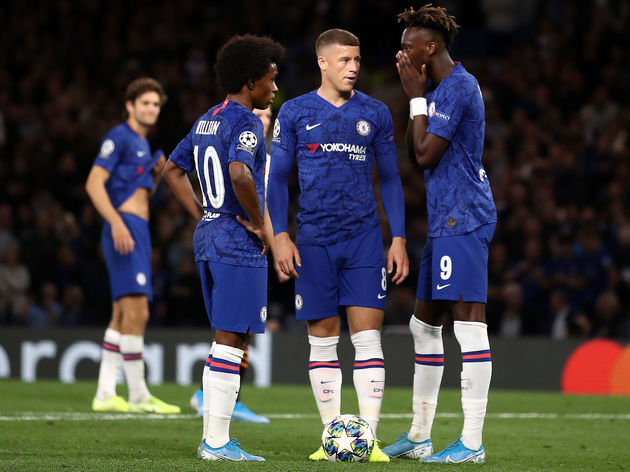