On Sunday, Chelsea lost at home. For the second consecutive game. It was their third home game of the season. It was the third time they’ve come away without a win. At this point last season, Chelsea were third, having dropped their first points of the campaign in a draw with West Ham, putting them level with Manchester City and two points off Liverpool.

A week later, they would wholeheartedly outplay the Reds at Stamford Bridge, thwarted from deservedly collecting all three points thanks to a last-gasp Daniel Sturridge thunderbolt, thus maintaining that third spot and two-point gap with 17 points and a goal difference of +10. 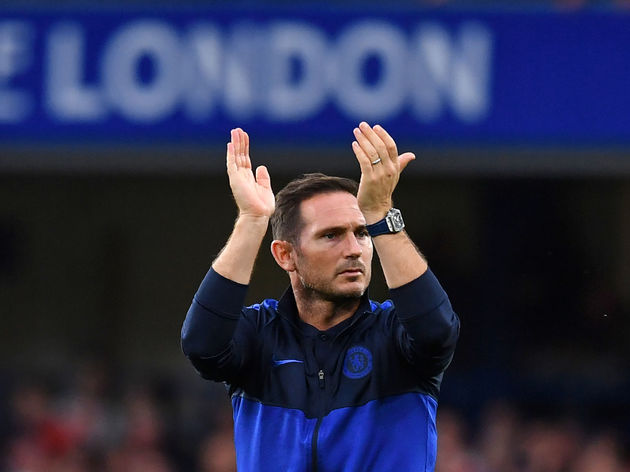 This time out, they’re 10 points and 10 places behind Jurgen Klopp’s side in 11th, possessing just eight points, and a goal difference of -1.

And yet, the feelings of deflation are inversed. While that draw against the Reds last year was met with sighs and reluctant applause, Sunday’s loss was met with almost a standing ovation.

And, sure, last-gasp levellers can certainly be exasperating, but surely not more than a loss, and surely not at ?Chelsea. This is win-at-all-costs FC, isn’t it?

Well, apparently not. No, this Frank Lampard’s Chelsea FC. And at Frank Lampard’s CFC, optimism is everywhere, passion is tantamount, youthful exuberance and naivety welcomed, hand in hand, with open arms.

This is both damning and understandable. 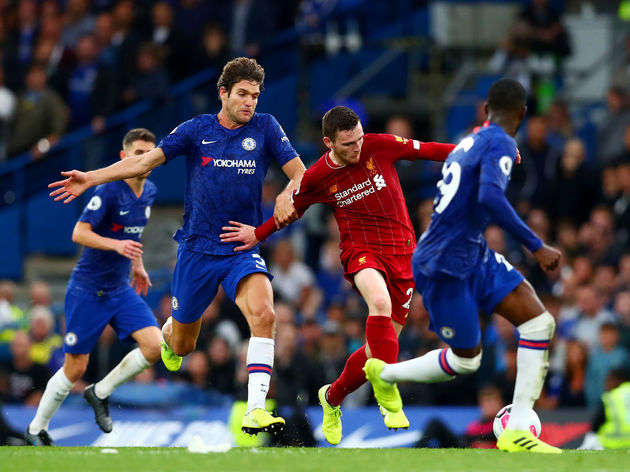 But they love – unconditionally, at least as it stands – Lampard. They worship Super Frank. And this is pretty much fair, because he’s Club Legend personified.

Even as a Sarri Remainer, I concede last year wasn’t much fun, and that this season has been more so, because it’s hard not to love what the gaffer has done with the place. It’s also hard not to reassess his efforts at Derby, considering their current plight – they’re 18th, with one win in eight.

Although, having not watched a second of the Rams this season, it’s also hard to say whether any of those losses were of the rousing kind that the Blues experienced on Sunday.

Of course, it’s not just the dugout composition that’s changed at the Bridge – expectations have too. The loss of a generational talent, the transfer ban, the disinterest of Roman Abramovich, all these and more have contributed to the underdog, backs-to-the-wall mentality that greases the wheels for performances like Sunday’s to be met with appreciation rather than gloom.

Chelsea are not the perennial contenders they used to be. Chelsea are now the plucky, financially restricted featherweights, admirably fighting it out for the top four with teenage willpower.

If all this sounds cynical, I promise you it shouldn’t. Not yet, at least.

The youthful spine of this team is something that west London has been crying out for ever since the FA Youth Cup domination began, and the way they’ve performed so far suggests their inclusion is based far more on merit than distraction.

Tammy Abraham is mature. Mason Mount is mercurial. Fikayo Tomori is a monster. These are now cold hard facts, not propaganda. And it’s not just the youth that are making this campaign more enjoyable. There are still remnants of the glory years to be found. The much-(unfairly)maligned Cesar Azpilicueta was everywhere on Sunday, back to his over-bearing best, while Marcos Alonso starred with a similar resurgence.

But the main attraction was ?N’Golo Kante who, in that second-half, bossed the European champions with such ease, in every quarter, that it almost reframed all that has come before.

Are Chelsea frail under Frank? Or are Chelsea simply just frail without N’Golo? They’re certainly more frightening going forward – something we again must thank Maurizio for.

In truth, the answers to those questions will be found in the games to come, not the tape of Sunday, but the optimism can be heard loud and clear at Chelsea and, for the most part, it’s for good reason.

The work is still very much in progress, and the progress still needs to come, but it has been a pleasant process to watch so far, and that’s without a win at home. Should that come against Grimsby on Wednesday night? Well, dreamland. And that’s only slightly sarcastic.