Chelsea emulated Germany’s World Cup heroes of 2014 by slapping their opponents 7-1 on Wednesday night, except on a much smaller stage, against much weaker opposition than Brazil – no disrespect

The Blues cruised to victory over the League Two side at Stamford Bridge in the third round of the Carabao Cup.

Typical of his tenure so far, it was the kids who were central to a fine attacking display as Reece James, Billy Gilmour and Marc Guehi shone on debut, while Callum Hudson-Odoi was also impressive on his return from an Achilles injury.

Lampard smiles like a Cheshire cat, and he will be purring like one too after this dazzling display by the ?Yung Bluez. But which of the academy products has done enough to justify a starting place in Super Frank’s first choice XI? We at 90min have taken a look. 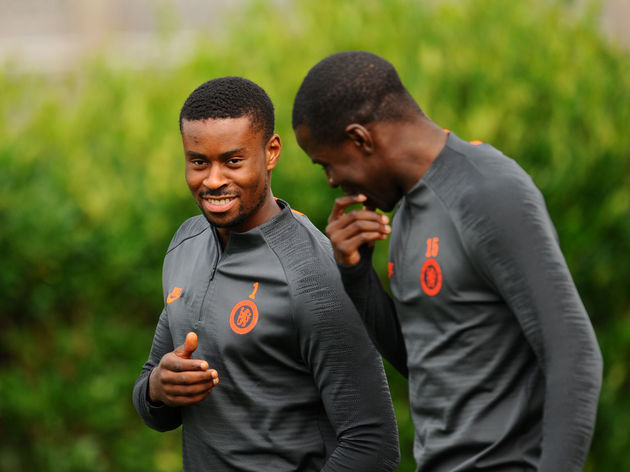 Chelsea’s defence has been uncharacteristically leaky so far this season, demonstrated by the fact that they To say his debut was hotly anticipated would be a huge understatement. Chelsea fans have been, quite frankly, gagging to see Reece James in action having been left salivating at his performances on loan at Wigan in the ?Championship.

Considering he is a right-back, you would expect supporters to have been somewhat underwhelmed by whatever performance he did eventually put in. Not the case.

Given Cesar Azpilicueta’s erratic start to the season, James’ explosive performance could go some way to securing James a starting berth. Of course, that must be caveated by the consideration that this display came against a League Two side, but Lampard will undoubtedly have been very impressed by what he saw. James will have to be patient, but his time may well come soon. It speaks volumes of Chelsea’s current situation that CHO is already rated among their best players at the tender age of 18. Of the academy products, Hudson-Odoi is the closest to being a regular in the first-team picture, just as he was towards the end of last season when Eden Hazard was still about.

He was typically bright on his return from an Achilles injury, tormenting his full-back and getting on the scoresheet in the dying embers of the match, powering home at the near post after a jinking run on the left flank.

Of the Blues’ academy graduates, he is the closest to breaking into the first-team picture and it is perhaps more a question of when than if. There is space for him in the team too, with Willian and Christian Pulisic hardly setting the world alight. That could mean a front line of Hudson-Odoi, Tammy Abraham and Mason Mount…an unthinkable prospect under the tutelage of managers past. Bloody hell, what a gem Chelsea have uncovered here. Lampard has unknowingly, preemptively got one over on his old adversary Steven Gerrard.

Just 18, he is already so accomplished on the ball and appears to have learnt a lot from Jorginho in terms of his passing and movement. He was constantly getting Chelsea moving forward, either with defence-splitting passes or driving runs. If he continues on this trajectory, there is no telling what heights he could hit.

Yes, again this was against Grimsby, but his cameos so far this season suggest he has the ability to provide Lampard another option. His technique sits somewhere in between Jorginho’s and Mateo Kovacic’s – the former Chelsea do not have any real cover for. Definitely one for the future, and maybe even the present.