Amid the doom and gloom of Chelsea’s overshadowing transfer ban, the preemptive signing of Christian Pulisic was supposed to be their saving grace – another American to ‘save the butts’ of the British, but this time on the football field rather than the battlefield.

Unfortunately, this is yet to be the case.

?I was going to start this piece by comparing struggling new ?Chelsea signing Christian Pulisic with ?Eden Hazard when he joined the Blues back in 2012. 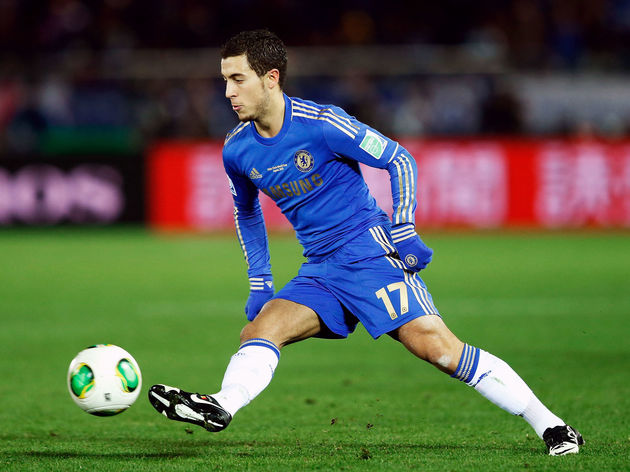 But it seems their arrivals at Stamford Bridge is where the similarities end. In my short-term memory the diminutive Belgian had struggled at first when he touched down in west London seven years ago – as it turns out, he definitely didn’t.

While the golden boy from Hershey, Pennsylvania, has toiled in the first few weeks of life in English football, Eden Hazard hit the ground running. The £32m man raced to six assists in his first three Premier League games, as well as a first goal against Newcastle United. He ended his first campaign here with 13 goals and a staggering 24 assists.

While his American counterpart has laid on three goals so far, he is clearly devoid of confidence. One of those was his finest moment thus far – dribbling at the heart of the Liverpool defence before sliding the ball in to Olivier Giroud to slot past Adrian in the UEFA Super Cup Final. While he managed another on Wednesday, teeing up Michy Batshuayi against Grimsby, supporters reacting on social media were roundly underwhelmed by his display. But patience is key. All too often capable new signings are cast aside and labelled flops after struggling to make an initial impression at Stamford Bridge, and all too often those players go on to become world beaters elsewhere – see Mohamed Salah, Kevin De Bruyne and to a lesser extent Thorgan Hazard and Romelu Lukaku.

In flashes, Pulisic has already demonstrated he has the talent to succeed in English football and his dip in form his hopefully just a blip rather than anything lasting. He was excellent in the inconsequential Super Cup, and followed that up with another bright display against Norwich.

Yes he is off form, but despite his burgeoning reputation – partly fuelled by expectation across the pond – he was never actually the most prolific during his time at ?Borussia Dortmund. The 2016/17 season yielded five goals and 13 assists, 2017/18 five goals and seven assists, and last season just seven goals and six assists. With that in mind, Chelsea can be glad that he already has three assists when he hasn’t been playing well – the sign of a good player perhaps. He was hardly a regular at Dortmund in his final season, having to settle for a number of appearances off the bench with Jadon Sancho, Jacob Bruun Larsen and Raphael Guerreiro keeping him out of team, as well as injuries. And it’s easy to forget that Pulisic has only just turned 21 and is in the same academic year as Mason Mount, who has only just broken into the side and will be afforded the utmost patience by the Chelsea faithful simply because he is an academy product.

Of course, with a £58m price tag comes expectation, but at his age there is no reason why more should be expected of him because of his Bundesliga experience. Once he acclimatises he will come good, and is already on course to come close to his better goal and assist tallies. And there will be opportunities to get more minutes. None of Chelsea’s current wingers look capable of properly nailing down a starting place – bar mount perhaps – and therein lies the chance to get into the team, score goals and show the Stamford Bridge faithful what he can do.

As they say in the States, ‘give the guy a break!’.