?Chelsea’s Mason Mount and West Ham’s Declan Rice have opened up on their close friendship, as the pair prepare to face off against each other for the first time in a professional game on Saturday afternoon.

The English duo have known each other since they were both eight, coming through the youth system at Chelsea together. Rice was released by the Blues six years ago, but they have gone on to become best friends and will now go head-to-head for the first time in a professional game.

Ahead of the weekend’s tussle, Mount and Rice opened up on their friendship, first meeting back when they were at ?Chelsea together.

Rice said in an interview between the pair of them, as quoted by the Guardian.

“That connection was there automatically, but even from when we were warming up, we would get there 20 minutes before, and we would just be kicking the ball together,” Rice added.

The 20-year-olds moved on to discussing previous tournaments that they have played together, with the Chelsea man continuing: “

In response, his close friend added: “We were the underdogs. They were raving about this one kid, Francesco Antonucci [now on loan from Monaco at Volendam in the Netherlands]. We said: ‘We are not having this.’ We marked him out of the game. We won 2-0. We have always fought for each other.” 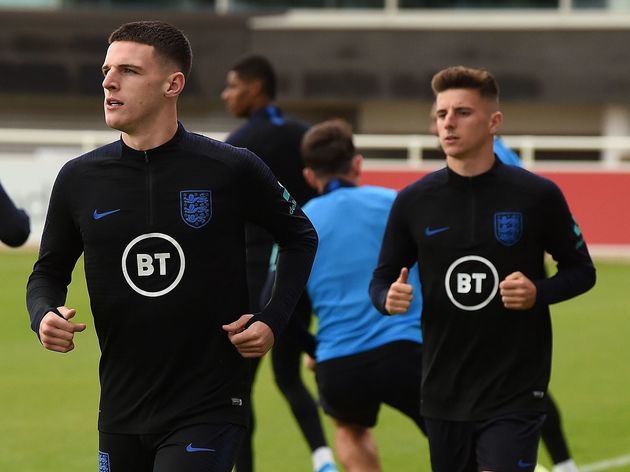 They may not play for the same club anymore, but they have such a close friendship and this has resulted in the duo being given their own nickname.

“Yeah. We are always together, so some of the boys are like…” before Mount jumped in to finish the sentence: “Jo

“Are you ever going to leave each other alone? They call us Dumb and Dumber,” Mount conceded. Rice admitted how challenging it was to leave Chelsea and join ?West Ham, but claimed it helped him mature. To sum up their relationship, the Hammers youngster revealed how his girlfriend has reacted to their friendship.

“My missus is quite worried. That’s genuinely being serious: ‘You two…you love him more than you love me.’ We just get it in the neck all the time. But they need to understand the friendship.”