Despite fierce competition from other European clubs, including current leaders in women’s football Lyon, the Blues were the ones who managed to bag the striker – sending a powerful message about the current growth of the Women’s Super League.

However, Kerr will have to wait until January to get her first game in a Chelsea shirt, during the WSL’s mid-season transfer window. The 26-year-old has won five consecutive golden boots across both the NWSL and Australia’s W-League, meaning that her arrival to England’s top-tier can only be a good thing, right?

After all, Kerr is bound to bring a great influx of supporters to the women’s game – with fans leaping at the chance to catch a glimpse of the international star in action.

Yet, this leaves one lingering question for Emma Hayes – what will happen to the current attacking talent, once Kerr is introduced to the squad?

It’s no secret that the ?Chelsea boss is already faced with a difficult challenge when it comes to selecting her starting XI for each game. With an array of attacking talent, including the likes of Fran Kirby, Guro Reiten and Beth England, Hayes will have an even tougher decision on her hands when Kerr is finally brought in.

Of course, Kerr is expected to start virtually every game for the Blues – and for good reason. Regarded as one of the best players in the world, it would be foolish for Chelsea to neglect Kerr’s talents. However, this means that the other forwards may have to make way for the latest superstar.

Beth England is currently in superb form for the Blues, having scored five goals this season – including one in Chelsea’s 2-1 victory against ?Manchester City at the weekend. This makes her the second-highest goal scorer in the league, only behind Arsenal’s higher-flyer Vivianne Miedema. 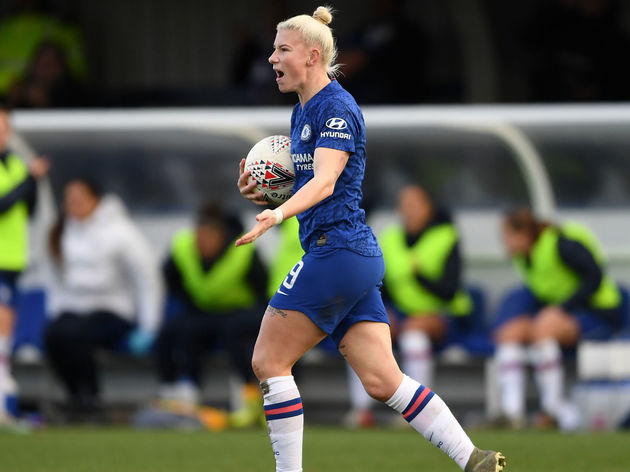 But it’s not only the stats which makes England’s story so remarkable – after returning from Liverpool this summer, following a two-year loan spell with the Reds, she made her perfect comeback into the Chelsea squad, scoring her first goal in the opening game of the season against rivals ?Spurs at Stamford Bridge. Not only has the 25-year-old won over the Chelsea fans, but her recent success has also caught the eye of Phil Neville, as she secured her first call-up for the international team earlier this year.

The rising star appears to be in the best form of her career – and seeing the forward dropped from the squad would be unfortunate. A possibility could see England play on the wing, taking the spot of either Guro Reiten or Ramona Bachmann – Emma Hayes’ two preferred starting wingers.

However, Guro Reiten, Chelsea’s only addition this summer, has also fitted into the squad quite nicely. The Norwegian international has great chemistry with her Chelsea teammates, contributing to the side’s dangerous attack – making her a firm favourite under Hayes. 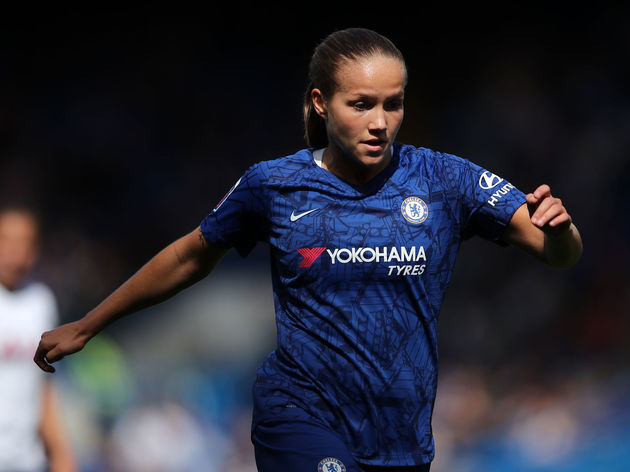 Fran Kirby is also one of Chelsea’s most valued attacking players and despite suffering a setback of unfortunate injuries in recent times, she is still regarded as one of the best. Her injury concerns saw the English international miss out on their recent win over Manchester City, as well as their previous 6-0 victory against Birmingham City last month. But could Sam Kerr’s arrival, along with Kirby’s recent struggles for fitness, really see one of Chelsea’s best players become permanently side-lined?

This season, forward Erin Cuthbert has already played much deeper as Hayes continues to experiment with the different formations. Therefore, Kerr’s arrival could see the Chelsea manager switch up the players once more.

Although not the worst problem to possess, it will be interesting to see how Hayes will juggle this huge amount of Chelsea talent – and what players will, subsequently, be dropped.