?The draw for the 2019/20 Women’s FA Cup fourth round has been made, with clubs from the Women’s Super League and Women’s Championship now entering the competition.

Preliminary rounds began back in August to whittle down 300 entrants, but the 23 clubs from the top two divisions of the women’s game have been given a bye to this stage. Nine third round ties were scheduled over the weekend on 5 January (two had to be postponed), with the fourth round now swelling the numbers back up to 32 clubs and 16 ties.

Manchester City lifted the FA Cup for the second time last season after beating first time finalists West Ham in front of a 43,000 crowd at Wembley. The holders will kick off the defence of their title in an away tie against local rivals Manchester United.

It will be the third Manchester derby of the season so far, with City victorious on WSL opening day and United getting revenge in the Continental Cup. 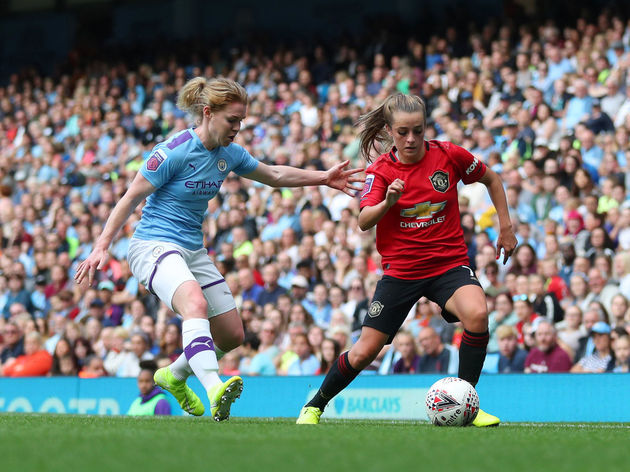 14-time winners and reigning WSL champions Arsenal have been paired with West Ham.

Chelsea, meanwhile, have a local clash with second tier Charlton.

Liverpool will be looking for some respite in the FA Cup from a difficult WSL season and will host Blackburn in their fourth round tie.

Lewes vs Billericay Town or Actonians

Fylde or Sunderland vs Watford

Fourth round ties are scheduled for Sunday 26 January. The final will once more be played at Wembley, set for Saturday 9 May, with tickets already on sale.