?Chelsea boss Frank Lampard has insisted that midfielder Ross Barkley will not be leaving Stamford Bridge this month, with West Ham United thought to be keen on bringing the Englishman in on loan.

Hammers boss David Moyes was believed to be ?interested in reuniting with Barkley, who he helped develop earlier in his career with Everton, although Chelsea had rejected any interest from West Ham. Speaking ahead of his side’s trip to ?Newcastle United (via ?Sky Sports News), Lampard has confirmed that ?Chelsea will not even humour bids for ?Barkley, who is seen as a key part of the Blues’ squad.

“There’s certain circumstances why Ross hasn’t featured as much this year but I’ve got a lot of faith in Ross. I’m very happy with him.” 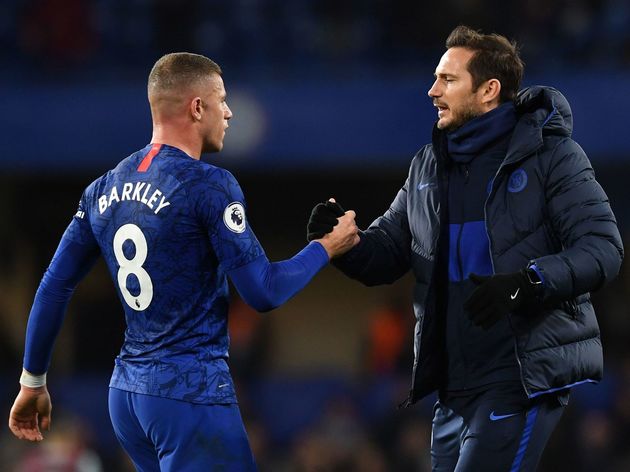 Barkley has managed 11 appearances for Chelsea in all competitions this season, with just two of those coming since October after the midfielder picked up an ankle injury which forced him on to the sidelines.

He returned to score in the FA Cup victory over Nottingham Forest, before impressing in Saturday’s 3-0 win over Burnley, after which Lampard admitted that he was a huge fan of Barkley.

“I really like Ross and his character. He came to me a couple of weeks ago and he said to me that it is just starting to feel good,” Lampard said. Alongside Barkley, Lampard also confirmed that there will be no January exit for ?Willian, whose current contract is set to expire at the end of the season.

“We know his contract is up at the end of the season. He’s in conversations with the club. They’re still ongoing. There’s no news on that but he’s our player now,” Lampard insisted.