?Now seemingly more than ever before, there seems to be a plethora of world-class talent at some of Premier League’s inferior clubs.

While Jack Grealish arguably headlines this class at newly-promoted Aston Villa, Watford’s Abdoulaye Doucoure has consistently performed to the highest level in a typical ‘middle of the road’ side since he joined the Hornets from Rennes in 2016 – although his breakthrough came after a brief loan spell at Spanish outfit Granada the same year. 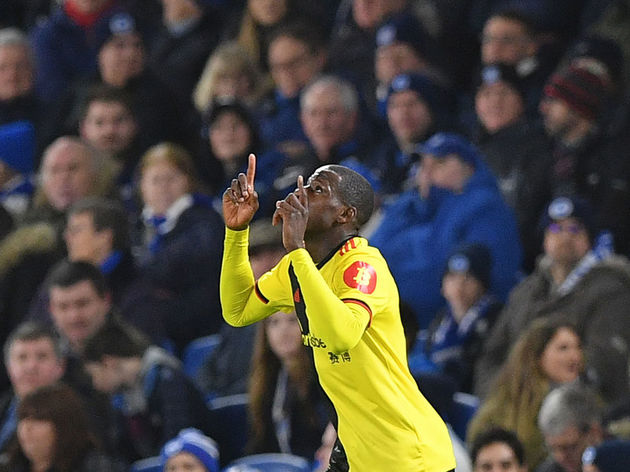 Doucoure is in his prime at 27 and, with 129 Hornets appearances to his name, it finally looks like the versatile midfielder will leave the club in the summer, with Watford’s number 16 insisting he’s confident that the club won’t block a move to a club of a higher pedigree.

With that in mind, here are five clubs who should be looking to bring in Doucoure when the summer transfer window opens. However, with Granit Xhaka and Lucas Torreira both rejuvenated since the Spaniard’s arrival, there may be less emphasis placed on the purchase of a deep-lying midfielder and the Gunners could target a player of Doucoure’s profile instead.

Arteta has swiftly established an identity at his new club, setting up to have five players filling the attacking channels in a 3-2-5 attacking setup when going forward on the ball. The Watford man’s ability to play anywhere in central midfield means he could be deployed as the number ten in place of Mesut Ozil – who often occupies the right inside channel – or in a deeper box-to-box role, similar to the role Matteo Guendouzi plays. Carlo Ancelotti’s superb work at Goodison Park has somewhat gone under the radar since his arrival – with the Toffees now up to seventh in the Premier League table.

However, the demise of Gylfi Sigurdsson this season has seen them struggle to create from midfield, with a reliance on the hold-up play of Dominic Calvert-Lewin and the individual brilliance of Richarlison to create openings in the final third. While N’Golo Kante has drawn criticism for his performances in recent weeks, Mateo Kovacic has been superb for Chelsea

The Frenchman would provide Chelsea with a more dynamic midfield, adding more aggression and tenacity than the Italian. And while the Sarri disciple can only thrive as the ‘regista’ in a 4-3-3, Doucoure would have no issues playing as part of a double pivot in 4-2-3-1 or a midfield three in a 4-3-3 – two of Lampard’s favoured formations.

You can expect Chelsea to splash the cash in the summer, but they could save a few pennies by targeting Doucoure, especially if Watford With Cristiano Ronaldo firing and the defence standing strong without Giorgio Chiellini, Maurizio  Sarri’s midfield three is their problem area at the moment. Well, one of them. Juve look weird.

Miralem Pjanic has been a mainstay in his deep-lying number six role, while Adrien Rabiot and Rodrigo Bentancur have recently established themselves as Sarri’s first-choice number eights. Although they’ve been fine individually, the combination has had mixed success thus far. 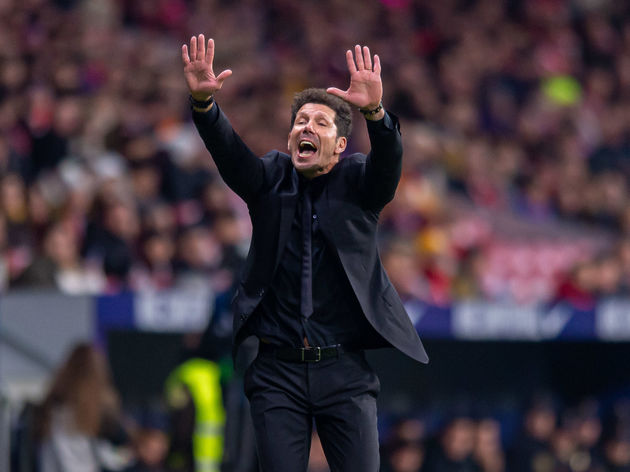 Los Rojiblancos failed to competently replace Rodri last summer, and still harbour fears of losing Thomas Partey in the summer (although they’re hopeful that contract talks will come good sooner rather than later).

A major rebuild is needed at the Wanda Metropolitano, and bringing in Doucoure certainly wouldn’t be the worst bit of business Atleti

Providing Europe’s highest-paid manager Diego Simeone remains at the club, the Watford midfielder would be a great fit for the Spaniard’s 4-4-2. Doucoure’s all-action nature means he excels at both ends of the pitch, so he’ll be able to protect Atleti’s typically stout backline while also supporting the front two – whoever they are, depending on form and fitness.

Doucoure steamrolling his way through hapless opposing midfielders at one of Europe’s finest footballing theatres is a sight we all want to see. Make it happen,