The 24-year-old has had a prolific season for the Eagles and looks likely to be departing Lisbon in the summer in order to progress his footballing career.

But who is he? Here’s what you need to know about the Brazilian…

Vinicius started out in the youth ranks of Brazilian club Santos, and was actually considered a centre-back before moving to Palmeiras, where he was converted into a forward.

His career did not start off too well, as a move to Caldense in 2016 did not result in much game-time and he was sent out on loan to Grêmio Anápolis. He eventually moved to second division Portuguese club Real SC.

A hat trick on his debut was evidently a sign of things to come, as the Brazilian went on to score 20 goals that season. It certainly impressed Italian giants Napoli, who signed him in 2018 for a fee of around €4m and then loaned him to Primeira Liga side Rio Ave FC. Scoring 14 goals in the first half of the 2018/19 season, Vinicius then moved to Monaco on a six-month loan deal. Despite only scoring twice, Benfica moved to sign the forward in July 2019 for around €18m on a five-year-contract until 2024. Despite standing tall at 6’3, Vinicius is not a striker known for winning aerial duels. Rather, it is his speed and dribbling ability that is his main strength.

The Brazilian is highly skilled and scores most of his goals in the style of a ‘poacher’ using his deadly left-foot. His link-up-play is also a strong part of his game, as he has a strong assist tally for the season.

Benfica are leading the Primeira Liga this season and the strong performances of the former Rio Ave forward has certainly been a key factor. This season, Vinicius has 14 in 18 league appearances, making him the top scorer in the league. The fact that eight appearances have been off the bench emphasises his prolific nature in front of goal, making his season even more impressive.

14 – Carlos Vinicius has scored more goals (14) and has a better mins/goal ratio (68) than any other player in the Primeira Liga this season. Pose. pic.twitter.com/zQKqDZITaq

The 24-year-old has scored a goal every 68 mins, and has averaged just over 2 shots on target a game. He’s also got five assists to his name, showing off his ability to create as well as score.

If manager Bruno Lage gives him regular starts, Vinicius is capable of scoring and creating more and the potential is there for him to become a regular 20 goal-a-season striker.

If you like the sound of him joining your club, then you should probably be prepared to pay up for the Brazilian. His contract includes a release clause of a hefty €100m (or £84m and change) and will only expire in 2024. Clearly, Benfica have prepared for the possibility of his departure and the transfer fee may put off interested suitors unless they have the budget to afford his signing.

Previous Interest from the Premier League?

Before moving to Benfica from Napoli in July 2019, numerous European clubs were keen to sign the striker. As well as clubs from La Liga, Serie A and the Bundesliga, Premier League side Wolves were very interested in signing Vinicius during that summer. A bid of €18m was accepted from the Midlands club but a work permit was not granted for the Brazillian and so the move fell through.

Nottingham Forest were also keen on signing the forward but did not make an official bid, and once Benfica had their offer of €17m accepted, his move to Lisbon was swiftly concluded. 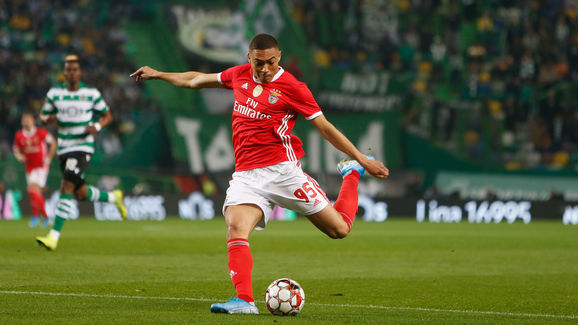 Should Clubs Make the Move?

While it is a large fee to pay for the former Rio Ave forward, he could become the focal point of the attack for the likes of Liverpool and Chelsea. His speed and dribbling could make him the ideal player for a pressing-style system which would make him a great fit for Jurgen Klopp’s side in particular.

Considering the Reds took a chance on signing countryman Roberto Firmino, who has been integral to their 2019 Champions League triumph, maybe they will be looking at Vinicius as a replacement who is worth the cost to achieve greater success.