?Chelsea will be without N’Golo Kante for up to three weeks after scans revealed he suffered a ‘grade 2′ tear during the Blues’ recent 2-0 Premier League defeat to Manchester United.

Kante could only manage ten minutes of the first half before being replaced by Mason Mount, with Frank Lampard’s side slumping to a defeat that leaves them just one point ahead of Tottenham in fourth place.

That defeat leaves Lampard’s men with just a solitary point from their last four ?Premier League games, and failure to secure forward reinforcements during the January transfer window has left ?Chelsea’s season at risk of ending in tears.

Speaking after the Stamford Bridge loss, Lampard ?said on Kante: “ 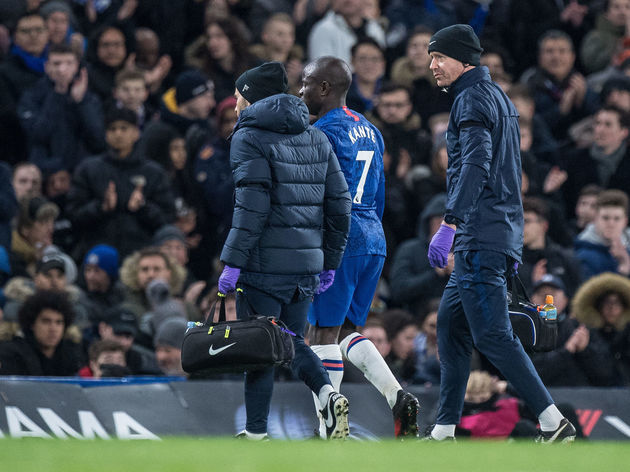 Crunch top flight games against Tottenham and Bournemouth are coming up during that period, while the west London side will try to navigate their way through a ?Champions League round of 16 clash with ?Bayern Munich. Lampard’s men also face off against Liverpool in the