Exclusive: ?If the January transfer window taught us anything, it’s that Chelsea and Tottenham Hotspur are both in desperate need of some attacking reinforcements.

Rumours swirled the capital all month, linking the Blues and Spurs to an endless list of targets, who could supply the goals to fire the pair to Champions League qualification next season. 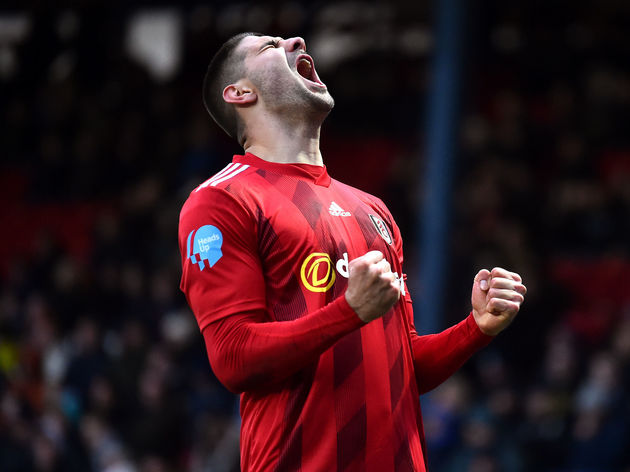 But neither side was able to get a deal for a striker over the line, and they must make do with their current options until the end of the campaign. 90min can exclusively reveal however, that both top-four hopefuls have identified Fulham striker Aleksandar Mitrovic as a summer target – should the Cottagers fail to gain promotion to the Premier League this year.

The former ?Newcastle striker has embraced life in London since his move from the Magpies, having settled with his family in the capital.

The Serbia international’s goals were not enough to keep ?Fulham in the top flight last season, but they then handed him the biggest contract in Championship history in the summer to convince him to stay at the club for another year.

Mitrovic is determined to fire the Lilywhites back to the Premier League this season, and although he has been the subject of serious interest from some of Europe’s biggest clubs – including Paris Saint-Germain – the 25-year-old is desperate to remain in London. Fulham?SpursFulham about a possible deal for Mitrovic in the previous two transfer windows, and they are more than prepared to launch a bid for the Serbian striker in the future.

both sides know that a deal hinges on how Fulham fare over the course of the season, and they’ll have their fingers crossed that Scott Parker’s side drop out of promotion contention in the coming months.