Chelsea have officially announced that Hakim Ziyech has agreed personal terms on a summer switch as the club complete the formalities of a five-year deal for the Ajax star.

The club had taken the unusual step of announcing that a deal had been agreed between themselves and the Dutch club for the Moroccan playmaker, ?announcing an agreement thought to be worth as much as €44m last week, which hinged on agreeing personal terms.

Some might have feared the club were tempting fate by making the announcement before the deal was entirely over the line, but it seems their confidence was well-placed, as they ?announced on Sunday evening that the player has now formally agreed to the switch.

?Chelsea director “We are delighted Hakim will be joining us in the summer, having been a key target of the club’s in this last window.

“He has consistently been one of the most dangerous attacking players in Europe in recent years, which we saw first-hand in our two games against Ajax in the ?Champions League. 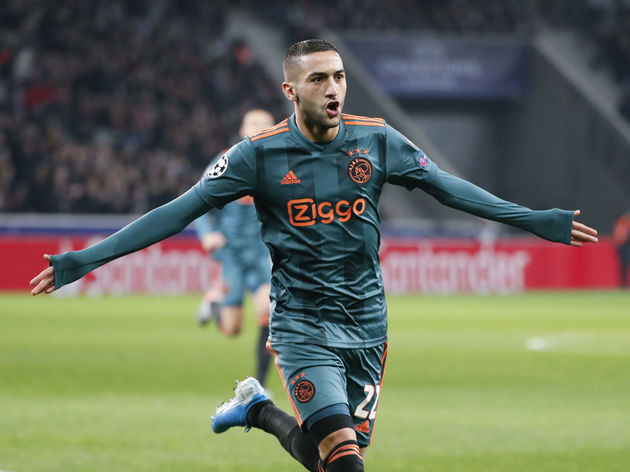 “We wish Hakim and Ajax all the best for the rest of the season and look forward to welcoming him to Stamford Bridge in the summer.”

Ziyech added: “I am delighted and proud to have signed for such a huge club as Chelsea. I am looking forward to next season and hope we can achieve great things together.”

The Morocco international will be hoping to add another Eredivisie title to his trophy cabinet before he heads to London, as Ajax sit three points clear of AZ Alkmaar at the top of the division in their bid to retain the trophy.

Chelsea, meanwhile, will be hoping to welcome him to the club with Champions League football, and look well-placed to do so after overcoming Tottenham at the weekend.