?On 10 March, 1905, at The Rising Sun pub, Gus Mears founded Chelsea because he needed a team to play at Stamford Bridge. Since then, a whole lot has gone on.

We’ve had legendary players and unforgettable moments which have all contributed to the history of Chelsea, but who’s got time to read through 115 years of stuff?

Instead, let’s break it down into 26 bit-size pieces of information about all things Chelsea, letter by letter.

A is for Roman Abramovich 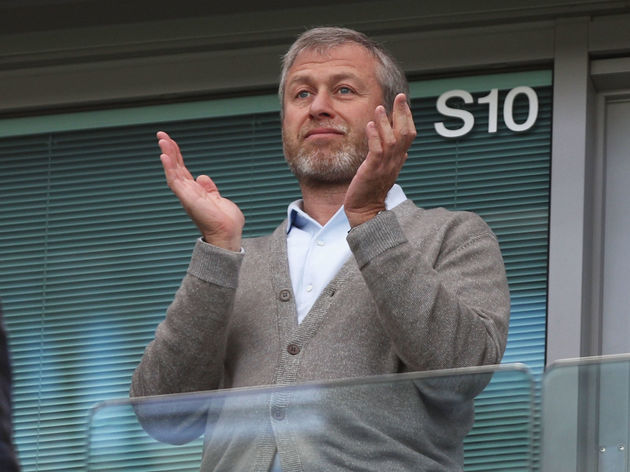 B is for Peter Bonetti

One of the greatest goalkeepers in club history, Peter ‘The Cat’ Bonetti’ made 729 appearances during his 19 years with the club.

One of a select group of goalkeepers whose long throw was just as deadly as a dropkick, Bonetti is one of the greatest to ever pull on the blue shirt. “We’re the only team in London with a European Cup.

We’re the only team in London with a European Cup.

The only team in London with a European Cup.”

Abramovich might be the financial muscle of the operation at Stamford Bridge, but Marina Granovskaia is the real leader.

‘The most powerful woman in football’, Granovskaia deserves all the credit for some of Chelsea’s biggest transfers, as well as plenty of the worst.

H is for Ron Harris

A record-setting 795 appearances. 19 years. Ron Harris is the definition of a legend.

I is for Ian Hutchinson

Ian Hutchinson was Rory Delap before it was cool to be Rory Delap. His long throws were a thing of beauty, and his partnership with Osgood wasn’t half bad either.

J is for John Terry Nobody is more of a Chelsea man than John Terry. The man bleeds blue.

Don’t forget, Terry once allowed himself to get volleyed in the head by Abou Diaby because trying to win the ball was more important than his well-being. He was knocked out cold and rushed to hospital amid fears he might actually die, but he discharged himself and drove back to the stadium to celebrate his team’s victory.

K is for Kerry Dixon

He scored 193 goals across nine years and is the club’s third all-time top scorer, so yeah, you could say it was money well spent.

Dixon also once sent my mum a birthday card. True story. What a nice guy.

L is for Frank Lampard

M is for José Mourinho He might not be too popular at the club these days, but José Mourinho earned a special place in Chelsea folklore.

Perhaps the club’s greatest manager ever, he led the club to back-to-back Premier League titles in 2004/05 and 2005/06, turning Chelsea into a global superpower.

N is for Pat Nevin

The 1970s and early 80s were a dark time for Chelsea, who were close to being relegated to the Third Division. Then Pat Nevin came along.

An electric winger, Nevin was one of a group of new players who turned Chelsea’s fortunes around. He brought Chelsea back from the brink.

O is for Peter Osgood

The King of Stamford Bridge. The Wizard of Os. To this day, Osgood’s status as a Chelsea legend is unrivalled.

Drogba had a reputation for scoring in finals, but Osgood did it first. Between 1964 and 1974, Stamford Bridge was his turf, and he will forever be immortalised with a statue outside the West Stand. Let’s go with Roberto Di Matteo’s goal in the 1997 FA Cup final. The Italian crashed home from long range after just 42 seconds, which set a record for the quickest FA Cup final goal ever.

That record was broken by Louis Saha in 2009, who needed just 25 seconds to score against none other than Chelsea themselves.

R is for Defensive Records

We’re all in agreement that this season’s Liverpool side have been about as good as they come, and yet they haven’t come anywhere close to Chelsea’s defensive records from 2004/05.

The Blues conceded 15 goals all season. 15. Less than one every two games.

S is for Stamford Bridge T is for Bobby Tambling

Bobby Tambling was Chelsea’s all-time top scorer for 47 years before Lampard came along.

His tally of 202 goals in 370 games made him a club icon, and if you were in any doubt of his scoring pedigree, he also netted a club-record five goals in a single league game against Aston Villa in 1966. That’s just what he did.

Osgood’s goals fired Chelsea to the 1971 UEFA Cup Winners’ Cup final, and he didn’t disappoint once there.

He netted an equaliser against Real Madrid in the first game, before scoring Chelsea’s second in a 2-1 win in the replay.

V is for Gianluca Vialli

Between 1996 and 2000, Gianluca Vialli had spells as a player, a manager and a player/manager at Stamford Bridge, and it went pretty well.

He won the FA Cup, League Cup and Cup Winners’ Cup as a player, before leading the Blues to five different trophies in just two years as a boss.

W is for Dennis Wise Dennis Wise’s £1.6m move to Chelsea in 1990 was a club record at the time, and he certainly repaid their faith.

After 11 years in midfield, he left with a total of 445 appearances and six trophies. Not too shabby.

X is for Xavi

Shout out to the letter X for being unreasonably awkward. So, for this entry, it’s time for a story.

Back when Xavi was 25, his agent actually held talks with Mourinho over a potential move to Chelsea, who were tipped to spend big to sign him, but the midfielder eventually signed a new Barcelona contract.

The greatest midfielder Chelsea never had?

Y is for FA Youth Cup

Chelsea’s poor record of blooding youth was a joke for years because the academy dominated football between 2013 and 2018.

They won five consecutive FA Youth Cups and have won seven since 2009, which is utterly mind-blowing.

Z is for Gianfranco Zola

If you don’t remember that flick against Norwich in 2002, go look it up. You won’t regret it.