UEFA president Aleksander Ceferin has admitted that clubs may have to settle with ‘starting again at the beginning of next season’, meaning the entirety of the current 2019/20 campaign would be considered null and void.

Liverpool boast a whopping 25-point lead over nearest rivals Manchester City at the top of the table, and the Reds are only two victories away from winning their first Premier League title since its inception. 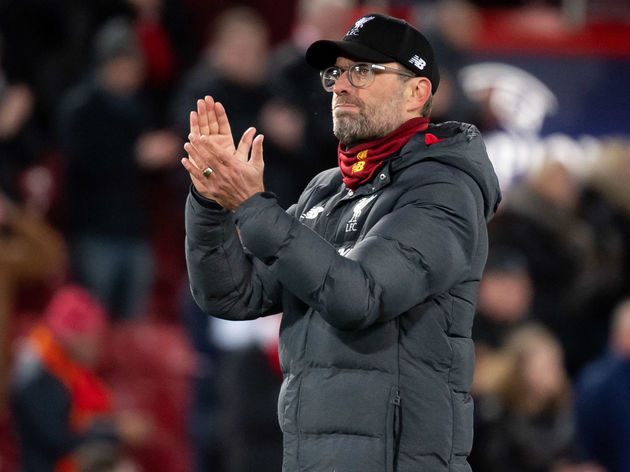 But all of their efforts may have been for nothing, after the fast-spreading coronavirus brought a temporary halt to football across all of Europe. There is hope that the season will restart in due course, but with the virus showing no signs of ceasing, concerns are beginning to develop over a positive resolution for this campaign.

And UEFA chief Ceferin told ?La Repubblica that there are three options which the footballing body are considering as possible ways of ending the season, including starting the 2019/20 campaign from scratch.

“There is a plan A, B and C,” Ceferin explained.

“The three options are to start again in mid-May, in June or at the end of June.

“There is also the possibility of starting again at the beginning of the next [season], starting the following one later. We will see the best solution for leagues and clubs.” Many fans would prefer for the current season to be completed behind closed doors, rather than deeming the campaign null and void. Although it is a far from ideal alternative, this option would at least provide a natural ending to the football season, and Ceferin confessed that this would be better than wiping out all progress thus far.

“It’s hard for me to imagine all the matches behind closed doors, but we still don’t know whether we’ll resume, with or without spectators,” he said.

“If there was no alternative, it would be better to finish the championships.”