Ever since Roman Abramovich took charge in west London, Chelsea Football Club have become Premier League royalty and one of the most successful clubs across Europe.

Success comes at a price, though – managers are disposable as Roman’s pursuit of glory makes the Chelsea job a fraught one. The Russian businessman casts aside deadwood quickly – 15 managers in just 17 years to be precise.

The Blues’ job is one of the most pressured jobs in the country. Can you handle it?

If you think you can endure the oligarch’s fury, here are seven challenges to set yourself to etch yourself into Chelsea’s history. Even before ?Eden Hazard tucked into too much summer ?brioche, the Belgian was leaving pretty big shoes to fill. While Frank Lampard’s youth revolution has been a reasonable success, one thing the team hasn’t been able to do is replace the Belgian.

?This is where you come in. ?Chelsea need another superstar to take their number 10 shirt rightfully back from the pretender ?Willian.

When Eden came, he wasn’t the legend he became. To say that Chelsea’s managers have a short shelf life would be a severe understatement. The ‘Special One’ only managed three seasons, Antonio Conte managed two, hell, Roberto Di Matteo won the ?Champions League and the FA Cup and didn’t even manage one.

Buck the trend and become Roman’s favourite by lasting until that magic four-season mark – no one’s ever done it before.

They’ll probably name the stadium after you. Did you know, Chelsea have won the double six times? The Blues have managed two trophies in a season plenty of times, most recently in 2014/15. Chelsea’s 2019/20 season was the season where the Blues put their faith in youth; Reece James, Tammy Abraham, Mason Mount, Calum Hudson-Odoi, Fikayo Tomori – prodigious English talent all over the pitch.

Why does that sound familiar?

Now it’s your turn to win something with kids and create your own English dynasty like the ‘Class of ’92’. Make sure you think about what you’ll say in the retrospective documentary.

Recreate That Night In Munich Saturday 19 May, 2012. Didier Drogba goes full superhero mode and the Blues beat ?Bayern Munich in their own back yard. Pretty special. 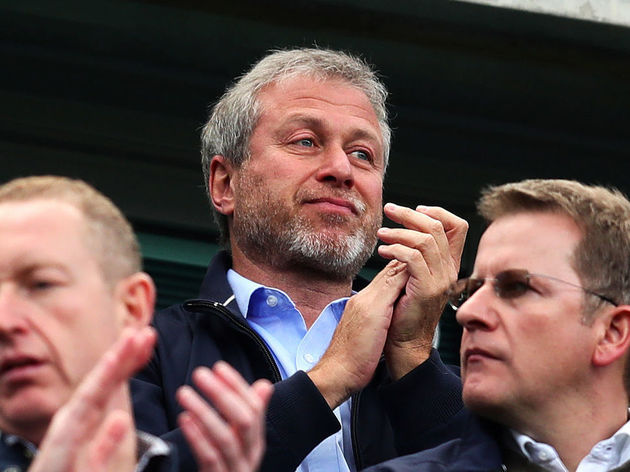 If you’ve got the money, you may as well spend it, right? One thing Chelsea have always managed to do is flex their financial muscle.

Catch a flight to Dortmund, see how much Jadon Sancho would cost and throw a money clip ?BVB’s way. It doesn’t have to stop there.

Grab the Eurostar to Paris with your transfer team, respectfully inquire how much that lad ?Kylian would cost you and send ?a boatload of cash to Qatar. But it doesn’t have to stop there.

Get in Abramovich’s private jet to Rennes, email about Eduardo Camavinga, you get the picture…

Get JT Back at the Club When you’ve got the opportunity to get captain, leader, legend John George Terry back at the Bridge, it’s one you don’t turn down.

What more commitment does JT need to show to ?Chelsea? The man should be your assistant manager.

John deserves the chance to win the ?Champions League to again reveal a pristine Chelsea football kit under his tracksuit in a game he could not have played in, including shin pads and a ?Petr ?ech protective helmet.