?Those who were at the Emirates Stadium to watch Brazil play Sweden on 26 March, 2008, had no idea they were going to watch history repeat itself that night.

The game itself was a friendly arranged to commemorate the 50th anniversary of the Seleção’s 1958 World Cup final triumph against the Swedes – which is best remembered for the brace scored by then-teenage forward Pelé.

And in north London that night, another teenager emerged with a sensational lob to score on his international debut for Brazil – Alexandre Pato.

??By no means was he a completely unknown prospect; Pato had previously burst onto the scene at Internacional, and notably broke a record Pelé once held for decades – being the youngest ever scorer at a FIFA-organised competition, at just 17 years and 102 days, when he netted against Al-Ahly at the 2007 FIFA Club World Cup.

This earned him a €24m transfer to Milan, which was completed in January 2008. By the time he scored in London for the Seleção, ‘the Duck’ – as he was nicknamed – had already scored seven ?Serie A goals for the Rossoneri.

Breaking into the first team at the San Siro was no mean feat either. Milan had assembled one of the world’s best teams at the time, with the likes of Andrea Pirlo and Kaká starring for a team that had just won the 2007 ?Champions League title.

It was all set up for Pato to succeed – he was at a winning club built to achieve more success, with superstars there to guide him through the process of becoming a world-class player, and he also could rely upon his experienced manager Carlo Ancelotti – the man who had developed Kaká and Pirlo into global stars. Yet, that didn’t happen at all for the now 30-year-old striker, who currently lines up for São Paulo in his native Brazil, alongside the likes of Dani Alves and Hernanes, without having ever truly set the world alight despite promising so much.

All that begs the question – what happened to the Duck?

Having finished the 2008/09 season as Milan’s top scorer with 18 goals, Pato was compared by some to teammate and countryman Ronaldo – a similar striker blessed with natural pace, strength and the ability to score from anywhere.

Yet even Ronaldo himself was hampered by injuries during his career, and the same unfortunate fate befell Pato too. A hamstring injury that was first suffered in February 2010 would trouble him to the extent that he played only 14 games for the rest of the calendar year. His lengthy absence included missing out on the World Cup that year as a result.

The forward returned the following January, but was fit for only nine months, before thigh problems meant he was unable to consistently get a run in the team for the next two years, making just 25 appearances in two seasons.

His private life was often in the news too, with there being rumours that he would party with countryman Ronaldinho regularly – who had joined the Rossoneri a year after Pato’s arrival.

It also didn’t help that ?Milan continued to sign strikers in his absence, with Zlatan Ibrahimovi? and Robinho arriving in 2010. The following season, the young forward Stephan El Shaarawy began to star for the club, and the arrival of Giampaolo Pazzini at the San Siro soon after made it a lot harder for him to force his way back into the first team picture.

Therefore, it wasn’t a big shock to see the Brazilian leave in January 2013, with Corinthians having a €15m bid accepted by the Rossoneri. Still only 24-years-old, there was still plenty of time for Pato to return to Europe as a lethal goalscoring striker, especially now that his cursed luck with injuries had come to an end. However, the move didn’t go well at all, with a failed panenka penalty against Grêmio in the Copa do Brasil the enduring nightmarish memory of his time at the club. His potency in front of goal was questioned regularly as the misses kept piling up. Yet he soon returned to form, with a fruitful loan spell at São Paulo, where he scored 38 goals in 96 games. Then, the most shocking transfer news of the 2016 January transfer window broke.

Out of nowhere, ?Chelsea announced the loan signing of Pato for the rest of the 2015/16 season. It was more surprising than Liverpool taking Steven Caulker on loan, or even Emmanuel Adebayor signing for Crystal Palace.

And a goal on his debut against Aston Villa sparked hope that the striker, 26 at the time, could finally be the world-beater many thought he would become years ago. 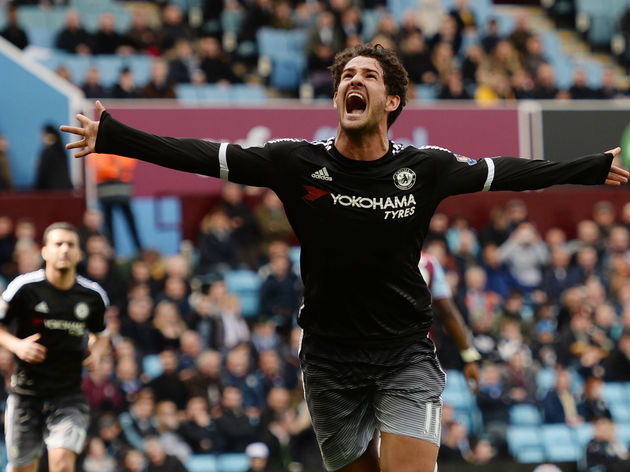 Unfortunately for the Duck, it would be the only goal he would score for the ?Blues, and indeed he only played one more game in England during that campaign.

A failed season at La Liga club Villareal followed, before the call came from Italian great Fabio Cannavaro to join him at Tianjin Quanjian, the Chinese Super League club he was now managing.

The £16m move followed in 2017 and after a rocky start, Pato established himself as ?one of the best attackers in the league at the time.

He ended up scoring 15 goals in each of the two league campaigns he played in China and looked sharp and potent up front again – back to the form in his early years at Milan.

And with interest ramping up in the striker back home in Brazil, it was former club São Paulo who returned for Pato, signing him on a free transfer in 2019, where he’s been ever since.

It’s remarkable what could’ve been for the striker. He was once hyped to be the next Ronaldo, and to be the next star of global football. Yet his injuries and a loss in form have led to many calling his career unfulfilled, and even disappointing.

To this day, Alexandre Pato remains a cautionary tale for all young Brazilians faced with the prospect of going to Europe.