Tammy Abraham has enjoyed a thoroughly impressive debut season as Chelsea’s starting striker. But the depth behind him? Yikes.

Michy Batshuayi is yet to impress, having frustrated fans with his love of doing anything other than passing the ball, and 33-year-old Olivier Giroud is obviously not around for the long run. It’s not crazy to suggest that neither player will still be at Stamford Bridge when next season starts.

There’s an obvious need for more depth, but also some more competition for Abraham. The Englishman needs pushing to his limits if he is to improve, and there needs to be someone else to alleviate the pressure. Pinning all your hopes on a 22-year-old with less than a year of experience in the team is not a good idea.

The search for a striker dominated the January transfer window, and you can expect the same once the summer window rolls around. Here’s a look at seven realistic candidates who Chelsea could turn to in their search for a new striker. After scoring a shedload of goals with Celtic, Moussa Dembélé has proved that he can hang in one of Europe’s top leagues as well, proving to be one of Ligue 1’s finest marksmen with Lyon.

The problem for Lyon is that they’ve not delivered the kind of success with Dembélé deserves. They’ve fallen behind in the race for ?Champions League qualification this season, and they haven’t come remotely close to winning the league title since 2015. What that means is that their players might be available to poach.

At 23 years old, Dembélé represents a smart investment for both the present and the future. He can score goals immediately and could still be scoring goals at Stamford Bridge in 2030. That’s exactly what the Blues are after.

?Chelsea are ready to spend big on a striker and Dembélé is definitely in their price range. There will likely be competition for his signature, but the Blues know how to make a convincing argument when they really need to. What’s left to say about Timo Werner? The RB Leipzig man has been one of Europe’s deadliest strikers this season and comes with one of the most unbelievably cheap release clauses you’re ever likely to find these days.

Nobody seems to know the exact value of that clause, but it’s thought to be anywhere between €20m and €55m. Even at the top of that price bracket, that’s incredible value for a 24-year-old who has given Robert Lewandowski a run for his money at the top of the ?Bundesliga scoring charts.

His goalscoring worth is clear, but what makes him so intriguing is that Werner is comfortable out wide as well. Chelsea could still start Abraham in attack and deploy the German out wide, so he wouldn’t even upset the balance of the squad.

The main concern is that pretty much everyone wants him. ?Liverpool have been tipped to win the race for his signature, and arguing with the reigning European champions is easier said than done.? 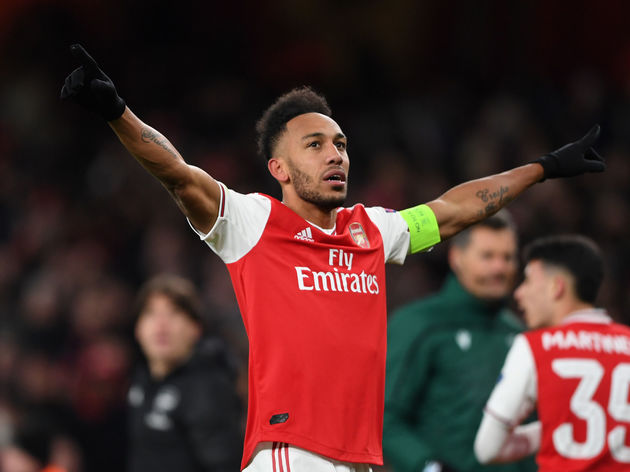 Unlike the previous three entries, ?Pierre-Emerick Aubameyang is not young. However, what the 30-year-old does bring is a track record which is as impressive as you’re likely to find.

The ?Arsenal man has netted goals at a frightening rate ever since moving to England in 2018, but even that hasn’t been enough to steer the Gun?ners back to the Champions League. A player of Aubameyang’s calibre deserves better, and there’s only a year left on his deal.

Barcelona have been heavily linked with him, but their pursuit of ?Inter’s Lautaro Martínez will probably get in the way of that, so Chelsea could have a free run at signing them – as long as they find their way back to Europe’s top table.

His age means he’s not a long-term option, but that’s fine. He would bring a good few years of prolific goalscoring, while also giving Abraham the experience and wisdom which would eventually allow the young Englishman to take over on his own. Everyone’s a winner. 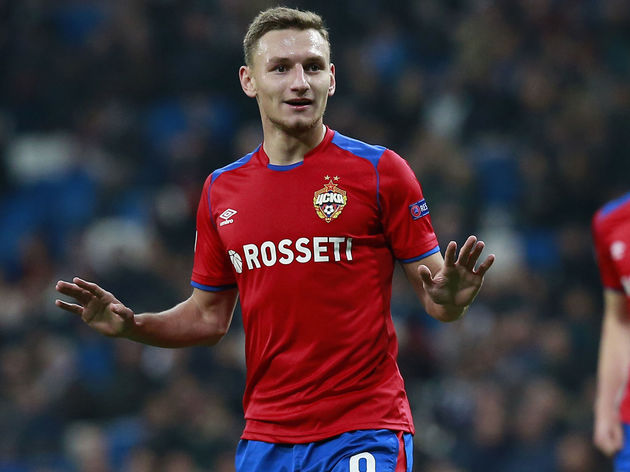 Probably the biggest risk on this whole list is CSKA Moscow man Fedor Chalov. He’ll only be 22 years old when the summer arrives and he’s yet to play anywhere outside of his homeland, and he’s yet to really show elite consistency.

The 2018/19 season saw Chalov bag 17 goals and seven assists in all competitions, and those numbers understandably caught the eye of many. However, those who are still watching him have seen him fail to come close to matching those numbers thus far.

He would be an exciting rotation option alongside Abraham, so there is some logic to moving for him, but the problem is that he wouldn’t really improve the team. Abraham’s numbers are far superior, and Chalov would only ever be a backup.

If all else fails, moving for Chalov is not an awful idea, but you get the sense that Chelsea will explore plenty of other avenues first. Alongside the likes of Falcao and Hulk, ?Edinson Cavani? is a player who has been linked to Chelsea for what feels like an eternity. Rumours have been everywhere ever since 2012, and they’re back in full force now.

A January move for the Paris Saint-Germain striker fell apart, but a summer move could still be on the cards. He will be out of contract in the summer, and players of his elite goalscoring pedigree don’t hit the free market too often.

At 33 years old, he’s another of those short-term fixes, but it’s one that can’t be ignored. Whether off the bench, in attack or on the wing, Cavani can still have a real impact on a game, and his experience would be invaluable for Chelsea’s young stars.

The Blues’ policy of only offering one-year deals to ageing players could be a problem, but we have seen Chelsea change their stance recently. ?David Luiz got a two-year contract before moving to Arsenal and the same has been offered to ?Willian. Times are changing. Cavani’s story is pretty much identical to ?Mertens’. The ?Napoli man is 32 and is currently set to become a free agent this summer, and Chelsea are interested in bringing him in.

This has been a slow season for Mertens, who has suffered from the slump which has plagued the entire Napoli side this year, but that shouldn’t detract from his value. He’s a versatile forward who has been among ?Serie A’s deadliest for a good few years now.

Comfortable both in attack and out wide, he would address a number of issues for Chelsea, and the fact that he’s free makes him even more appealing.

However, this could all hinge on whether or not he actually will be a free agent. ?Gianluca Di Marzio has previously revealed that a breakthrough was made in contract talks between Mertens and Napoli, but as of now, no deal has been signed.

If it stays that way, a move would make sense, but seeing Mertens put pen to paper would probably bring their hopes of a bargain deal to an end.