?Masters Football was like WWE’s Royal Rumble. The action is fun, but the best moments come from seeing ageing stars of yesteryear lace up the boots one last time.

Sure, it was no Champions League final, but you couldn’t take your eyes off it. Watching ex-pros become increasingly competitive as the game progressed was something special. Everyone would be laughing early on, before the two-footers started flying in.

With no football currently being played, it’s got us thinking about all the memories which we took for granted, and Masters Football is definitely one of them. It’s been gone for far too long, but could a comeback be on the cards?

Chelsea would need to put together their own squad of warriors to battle for national pride, but there are a few rules when it comes to selecting a team:

So, let’s see how the legendary Blues could line up. Club Highlight: Meme-ing his way to the Europa League

Club Lowlight: The fact that most fans forgot he existed

So, pretty much every significant goalkeeper in recent ?Chelsea history either works at Stamford Bridge or for another team now, so it’s pretty slim pickings here. Most of those who aren’t employed are about 60 years old.

With very few options to choose from, we’ll turn to cult hero Rob Green, who managed to s**thouse his way to lifting a trophy without even making a single matchday squad in the 2018/19 season.

It’s time to prove he deserved that Europa League moment. 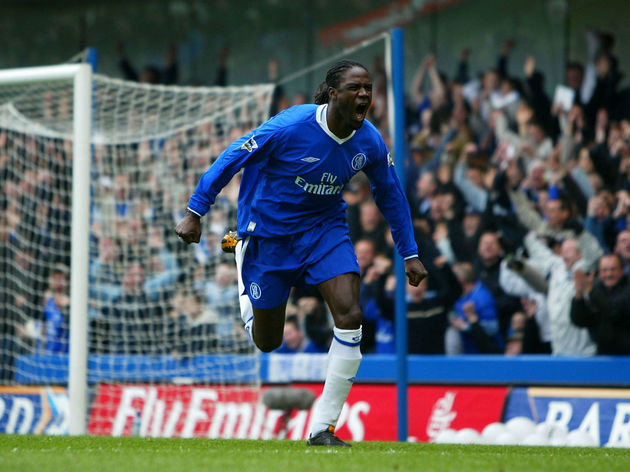 Club Lowlight: Spending a year on the injury table?

Mario Melchiot probably would have been with Chelsea for a lot longer if Roman Abramovich’s money hadn’t arrived at Stamford Bridge. The towering Dutchman looked like blossoming into a top right-back, only for Paulo Ferriera to come in and take his place.

His famous knee slide against ?Manchester United probably wouldn’t go so well on an indoor pitch, but we’re all for seeing him try it. Club Highlight: Managing to not murder

You only have to look at Michael Ballack’s Twitter game to see just how much he loves the Chels. He’d jump at the chance to pull on the shirt one more time.

The German fell victim to Chelsea’s fear of anyone over the age of 30, but that’s not a problem in Masters Football. Club Lowlight: Those few years when he couldn’t stop fighting everyone?

Tell you what, this midfield duo could probably still do a job in the first team.

Dennis Wise walked so Frank Lampard could run. His goals from midfield saw Chelsea fall in love with having a prolific superstar in the heart of the pitch, and his love for the odd leg-breaker endeared him to fans as well.

A proper club legend, Wise would be a force to be reckoned with in Masters Football. Club Highlight: That rocket against United

Jimmy Floyd Hasselbaink would terrorise indoor football. His agility is probably long gone, but his ability to kick a ball so hard it travels through time is still alive.

Worldies are the key to any good football match, and that’s what the Dutchman brought. He tore apart United and Tottenham, which is all you need to do to become a Chelsea legend. Between 2009 and 2011, Florent Malouda was up there in the conversation for the best winger around. The Frenchman was on a tear for a few years, racking up 29 goals and 20 assists in all competitions.

His career ended in disgrace after he was banished to the reserve team for refusing to leave Stamford Bridge, but the chance to redeem himself would likely go down a treat. There’s no finer sight that seeing a centre back stand over a free kick, because you know they’re just going to leather the life out of the ball. Fortunately for Chelsea, Alex was really good at that.

His physics-breaking effort against Arsenal in 2010 is still deservedly held as one of the club’s best-ever goals, and we want a whole lot more of that in Masters Football. Club Highlight: Scoring the most important goal in club history

Club Lowlight: Getting sold soon after

He might not be a club legend, but Jesper Grønkjær’s impact on Chelsea is unparallelled. The ‘billion-pound goal’ against Liverpool in 2003 saw the Blues qualify for the Champions League for the first time ever, which ultimately led to Abramovich buying the club. Club Lowlight: Literally everything else?

Fernando Torres spent most of his Chelsea career looking like he needed to play against retired pensioners to actually look good, so here’s his (hypothetical) chance.

Nevertheless, he proved to be worth every penny of his £50m price tag when he scored against ?Barcelona in the 2011/12 Champions League semi-final, so he deserves his own statue outside the Bridge.