?Chelsea are set to trigger a clause in Olivier Giroud’s contract, which will see the Frenchman remain at Stamford Bridge beyond this season until the summer of 2021.

The 33-year-old seemed destined to leave the west London club at the end of the current campaign, after he struggled to break into the starting lineup under Frank Lampard, and a January departure looked very much on the cards.

But after Abraham suffered an injury which ruled him out the Lampard’s plans, the Blues coach turned to Giroud to fill the resulting gap, and he did not disappoint. The ex-Arsenal man started the final three league matches before the season was suspended, scoring on two occasions and displaying his usual superb link-up play.

Chelsea will trigger Olivier Giroud contract extension. He’s going to sign until June 2021 and will not be more ‘free agent’ on next summer. Talks still on with Tammy Abraham to extend his contract until June 2025. ? #CFC #Chelsea #transfers

And it appears that he has finally earned the trust of his employers, as journalist ?Fabrizio Romano confirms that Chelsea ‘will trigger’ an extension clause in Giroud’s contract, keeping him at the club until June 2021.

This move seems a very logical decision from the Blues’ hierarchy, given the financial implications that the club may face following the coronavirus outbreak. With teams up and down the football pyramid feeling the pinch after the suspension of all fixtures, the summer transfer window may prove to be far quieter than usual.

Clubs will also be far more reluctant to lose players for nothing in the summer, and interest in ?Giroud’s developing saga will be high around Europe. ?Tottenham Hotspur were keen to sign the striker in the winter window, but the Blues blocked any move, after they failed to secure a replacement forward. 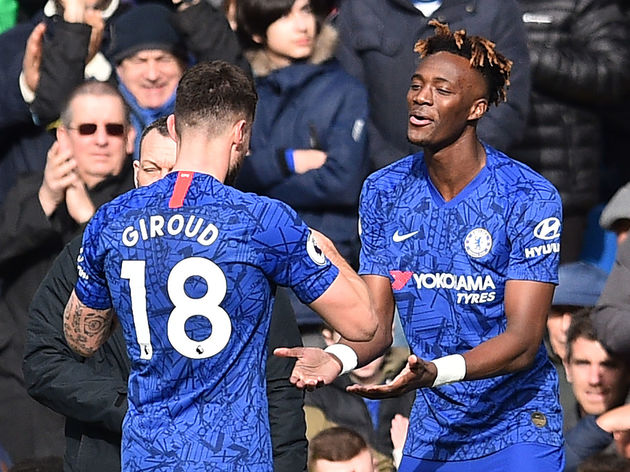 The World Cup winner will be looking for assurances over his expected playing time for next season however, as he aims to retain his starting spot in the French national side ahead of the rearranged Euro 2020 tournament next year.

But that was not the only good news for ?Chelsea fans, after Romano added that top goalscorer Abraham is still involved in ongoing talks with the club, as they look to nail down his services until June 20205.

The 22-year-old has bagged 13 league goals for the Blues in his first season leading the line at Stamford Bridge.

The present and future is bright in west London.