Jorginho followed Sarri from Napoli last summer and came to represent the new regime on the pitch as the veteran coach attempted to implement his famed ‘Sarri-ball’ tactics . That saw Jorginho deployed as the midfield linchpin, and fan favourite N’Golo Kante shunted into a new, less favourable, role. 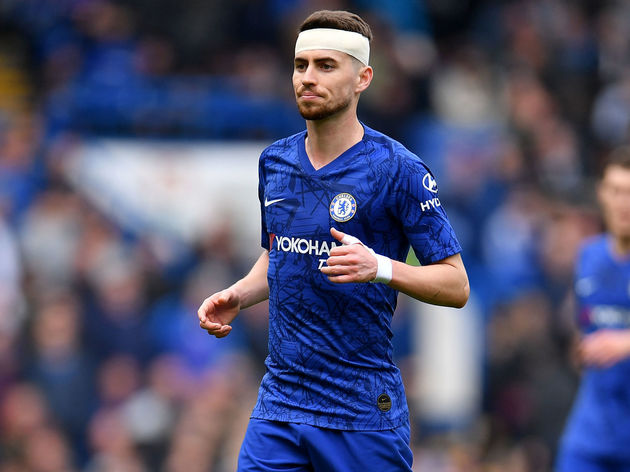 It served to make Sarri, and by association Jorginho, unpopular among many supporters, especially as the change didn’t have enough of an impact on results and performances.

Sarri has obviously now left Chelsea after being poached by Juventus. But Jorginho is keen to make things work in west London and is eyeing a fresh start under Lampard, so much so he has distanced himself from Sarri by insisting they were only ever work colleagues and not friends.

“He was my manager, he wasn’t my friend,” the player is quoted as saying by the Daily Mail. “Sarri has left and I have stayed here and I need to do a job for my team at Chelsea. I have a long contract, four more years and I am very happy at the moment and very happy at Chelsea and hope to be here a long time.”

It was only last week that Lampard spoke glowingly about ‘first class’ Jorginho in leadership terms and explained that he wants Chelsea’s midfield to be more flexible than last season.

“I have some new ideas. We might be more adaptable in the way we play. I might ask different things of Jorginho or Kante or Ross Barkley or anybody in the team,” the new boss explained.

“I’m not stuck in a conversation from last year. I’m actually looking at a player (Jorginho) who has very much impressed me and I’m very pleased to have him as part of the squad.

“It’s not only his quality on the ball…his attitude in training has also been first class. He’s a driver of a session. He’s a voice. He runs, he pushes people around him, he drags people up when he doesn’t feel they’re working as much as he might want – and I’ve loved seeing that. So in terms of first impressions, I can’t ask for any more. I’m delighted to have him.”