Both ?Tottenham and ?Chelsea have been put on high alert after reports emerged that ?Liverpool target Nabil Fekir has been offered to Premier League clubs – for a whopping £66m.
?
?The Frenchman looked set to join Liverpool just a week ago, however the deal collapsed due to the Reds wanting a ?cheaper deal after a knee injury was found during the medical. The £56m Klopp was willing to pay for the forward was seen as insufficient by Lyon, and the deal was called off. 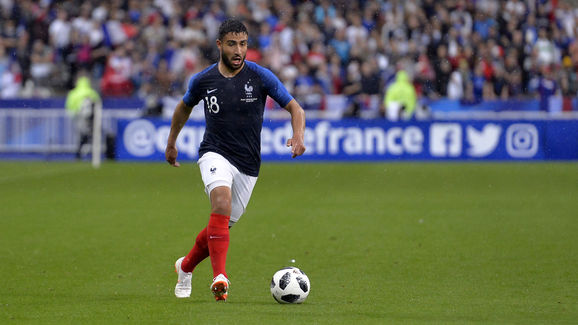 Now, according to ?the Sun, Lyon have set an asking price of £66m for Fekir, with a number of ?Premier League clubs set to come in for the Frenchman.
?
?It’s not secret that both Chelsea and Tottenham have been in the market for an attacking midfielder in recent weeks, and the deal collapsing with Liverpool could open up an opportunity for either side to steal the 24-year-old from Klopp’s men.

Fekir scored 24 goals and bagged nine assists in 43 appearances in all competitions for Lyon last season, including some outstanding performances which earned him a call up to Didier Deschamps’ French World Cup squad.
?
He came on as a 70th minute substitute in France’s opening game against Australia, however was given little time to leave his mark on the game as his side ran out 2-1 winners.